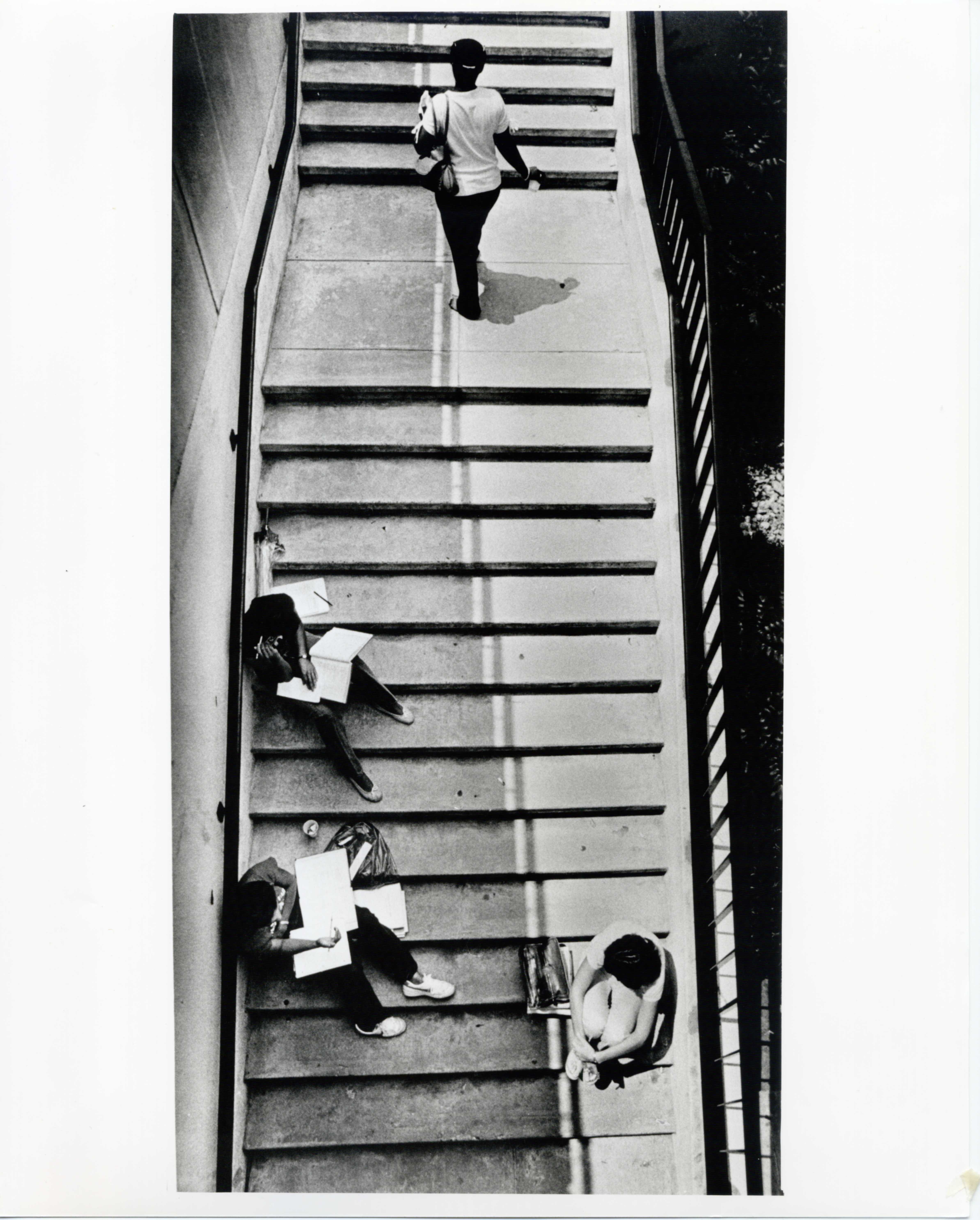 They told us that those four years

Were the best of our lives

Too busy preparing for our future, we didn’t listen

Through hard classes and long tests,

After long days at home and stressful weeks at work

And there we were: moving our tassels

Little did we know that the stairs

Of the graduation podium were

So my feet desperately stayed rooted to the ground.

But now we lead different lives

And silently cheer each other on

From behind TV screens

Time passes and we grow

On the 22nd floor

I sit down for a minute

And take a breath on the landing and smile And hope you remember me, too 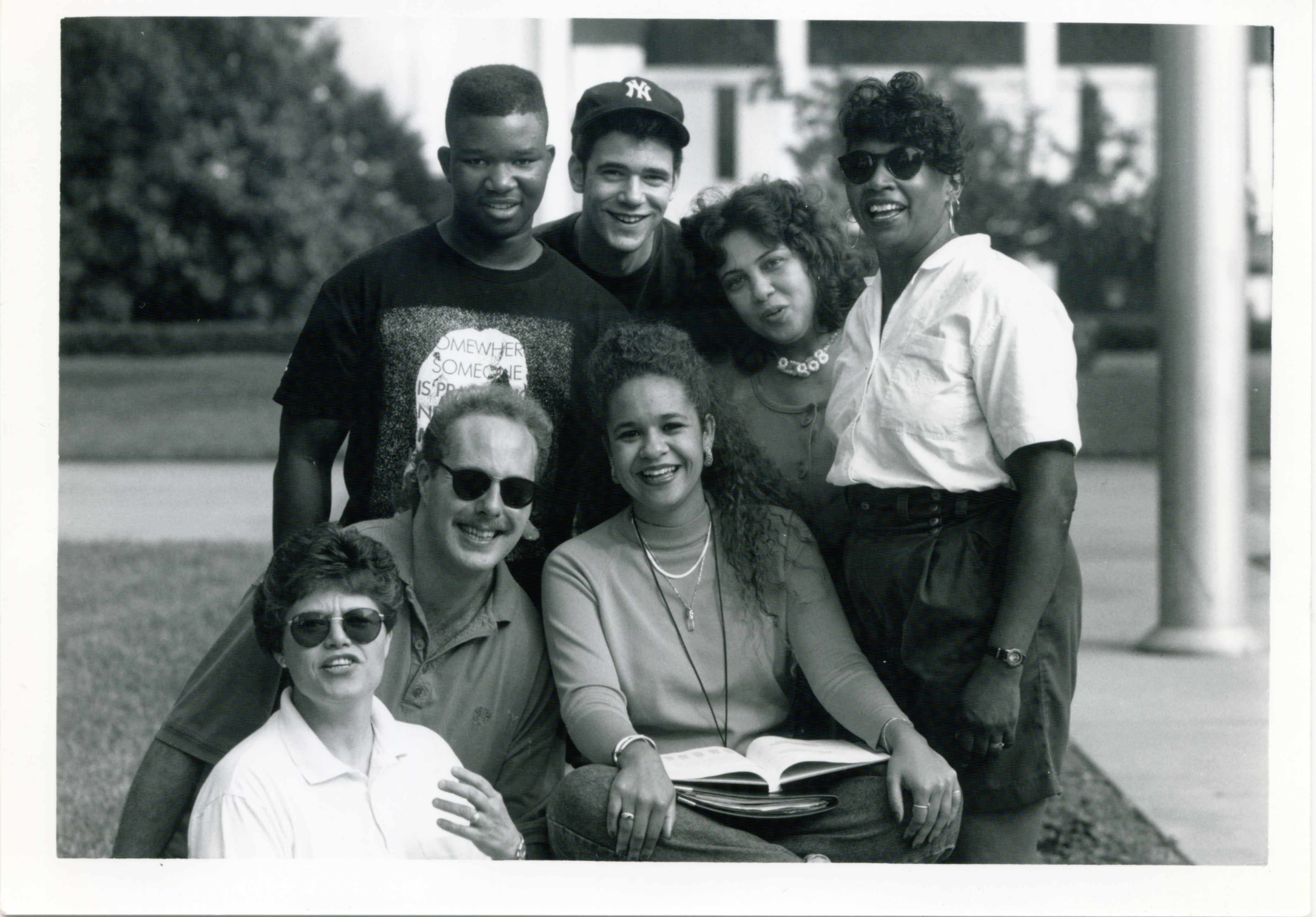 What is it to be a classmate?

It means to be part of a community

A community of diversity

Students of different backgrounds and descent

Coming together as one

It is comradery and compassion

Company you can study with books in lap What is it to be a classmate?

It is learning together

Growing side by side

Being a classmate is being a friend

A friend you wish to capture every moment with 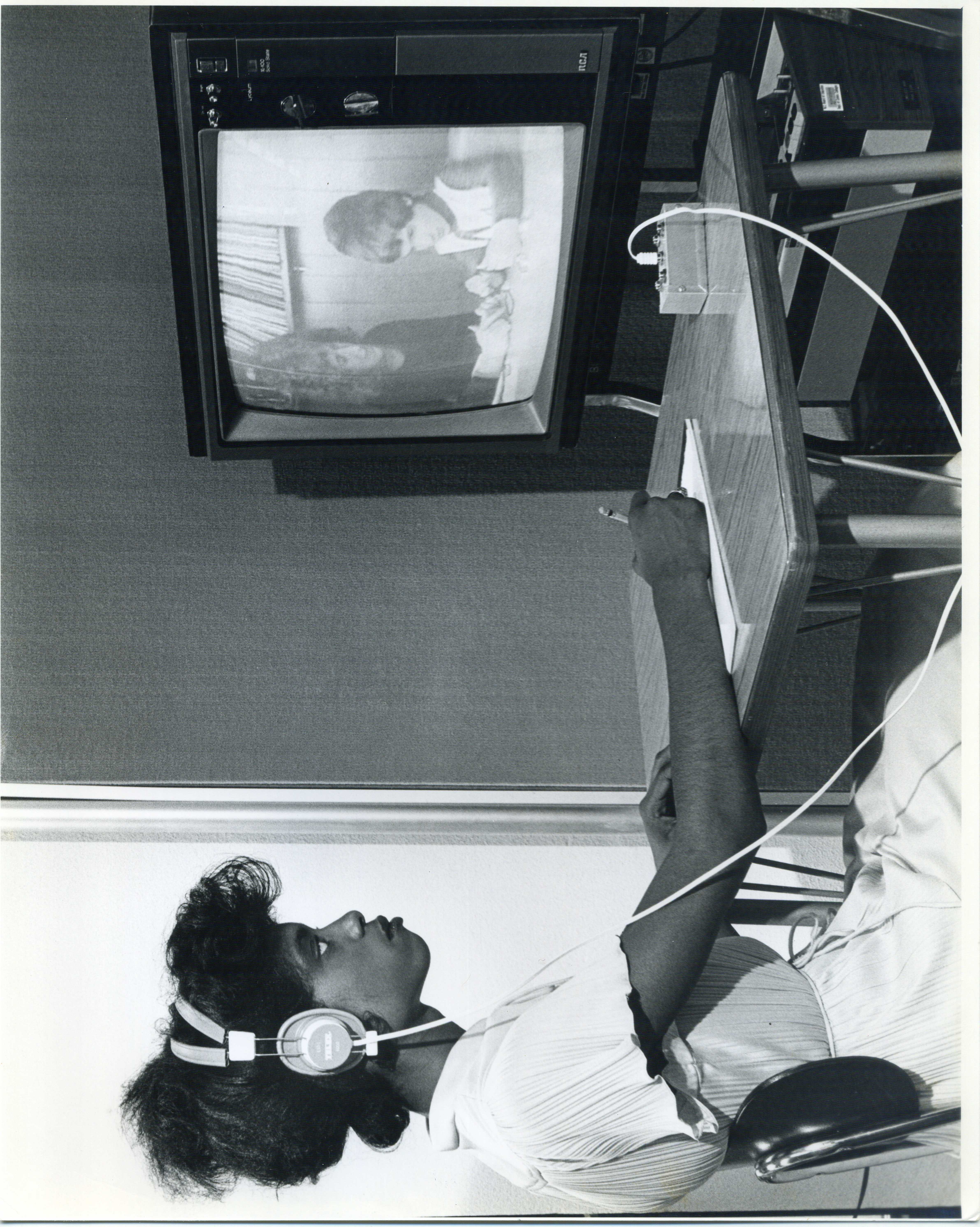 As I put on my headphones

I realize this is why my parents fought

As our nation almost burned.

For me to receive an education

And be able to take advantage of luxuries

We barely have enough pots.

But my family struggles are why I’m here

Just to receive a letter.

Anything below a B won’t do for me.

I’m hoping my dedication and this television  Will bring what’s next to me.

What if this is how they learn 50 years from now? Wouldn’t that be a sight.

I hope those students don’t take it for granted Because this is alright. 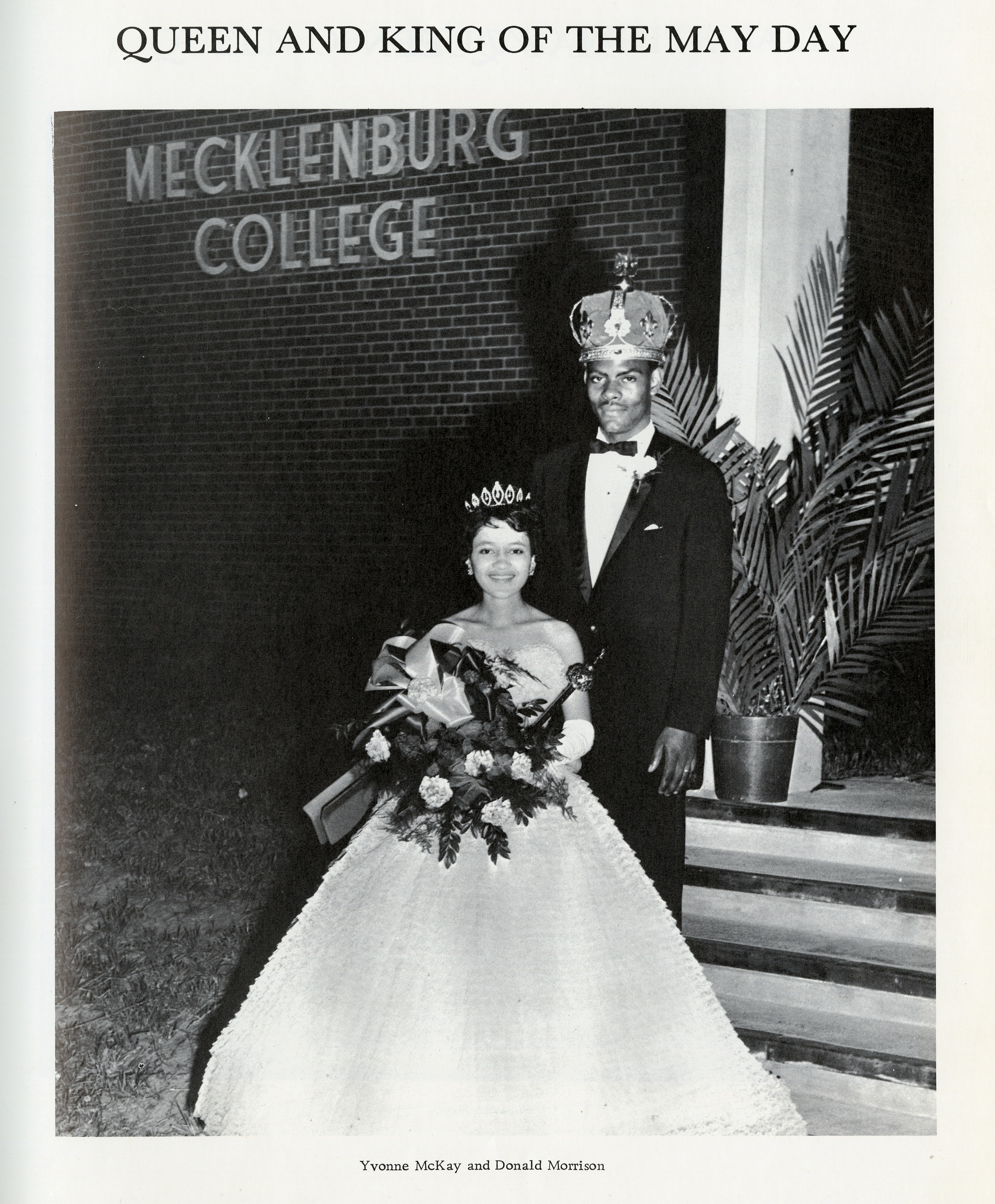 It was cold and dark. Save for the bright camera flashes, Queen Yvonne could not see  past her outstretched palm. She looked up at Donald, who was at least a foot taller than her, his  silver crown shining in the light. Goosebumps traveled all over her bare arms. Her hands were  filled with small septum and the decorated bouquet of flowers, but she ached to put them down.  The leaves pricked her through her white gloves and the septum threatened numerous times to  slip out of her hands. Yvonne even started to feel the weight of her dress. The only thing that rested calmly was her crown.

“Ok, big smiles both of you!” The photographer’s voice boomed to get their attention.

“I want to go back inside," Donald muttered. So did Yvonne. She could hear the soft  vibrations of music coming from the building. They had spent all day at the festival- greeting,  laughing, and hosting. This year, they even hosted a little parade which was really just the King  and Queen being paraded around on a small float. Of course, the festival had to be on what felt  like the hottest day of May. Yvonne almost stayed inside for the entire time just to get some cool  air, not to mention the bees and insects coming out of their hibernation and wreaking havoc.  Yvonne ended up keeping her cloth fan and bug spray on her during the entire festival. As  spacious as the festival was, the air still reeked of sweat, smoke, and food. Though as the day  darkened, the temperature dropped, and everyone went home to prepare for the celebration later  that night. The vendors dwindled out, the cooks dumped and cooked more food, and a new set of decorations went up. Yvonne’s stomach grumbled and she thought about all the food sitting on  the table inside. She heard Donald snicker.

“Are you hungry too?” he asked.

“Yes,” she answered, “I have not eaten since earlier today at the festival.”

“Just one more!” the photographer promised. Finally, after what Yvonne counted as five  more flashes did the photographer free them. Donald helped Yvonne up the steps and, when they opened the door, were greeted by the bouncing music and the thunderous sound of people. They  headed straight for the food table, filling their plates with chicken, rice and vegetables. As King and Queen of the May Day, they were granted their own table where they sat and watched everyone enjoy themselves. After they finished their food, Yvonne and Donald joined everyone else on the dance floor for the rest of the night.

Weeks later, when the picture came out, Yvonne sat down in her living room to look at it. She smiled at the smirk on Donald’s face and at her heavy dress. She looked at the tall plant  perched on the dirty steps behind them. Yvonne had also never realized how taller Donald was than her until she saw their shadows on the brick wall, right under the big, block, letters of  “Mecklenburg College”. Donald’s shadow was a litter bit taller than him, and his crown oddly  reminded her loosely of the Tahj Mahal while her shadow blended into his. It was a day she  would never forget. 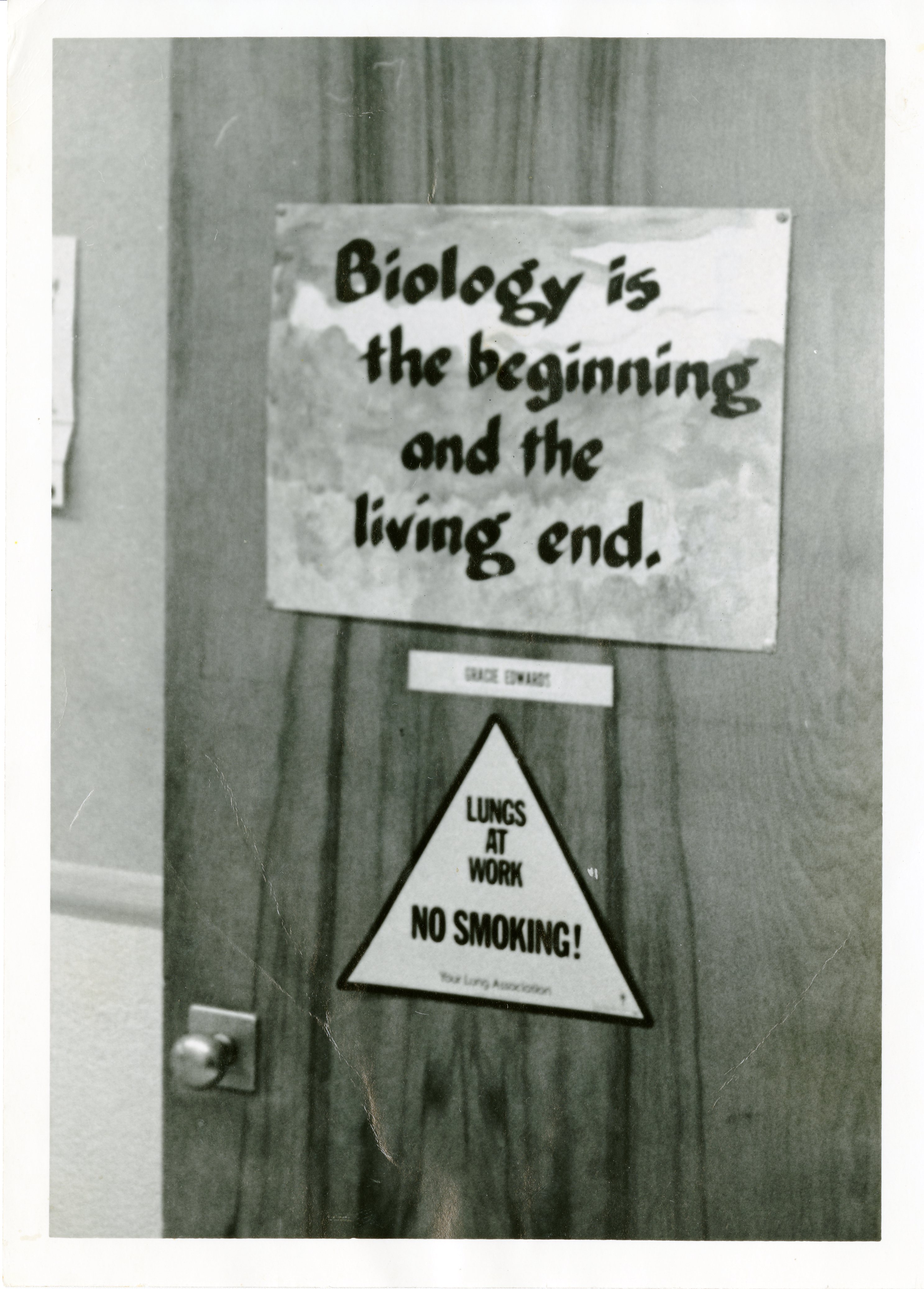 “Biology is the beginning and the living end.”

That was what the sign on the door read

While I waited for class to begin.

And it made me think about life and death,

And every sticky sweet thing in between,

Like jelly donuts, the stuff of life all bleeding out

Until we cannot breathe.

I suppose there’s something to be said

For the waste that inevitably comes for us all

After death. Our skin caves in,

And the organisms in the business of decomposition

Have a field day in what was once us.

I think of crows nosing around a ruby red meal

Of once-upon-a-time-ago opossum or squirrel.

I think of maggots crawling out of wounds festering and dead. Even after our untimely ends,

We become playgrounds for the living.

But I suppose that’s what they mean

By biology, and life and death.