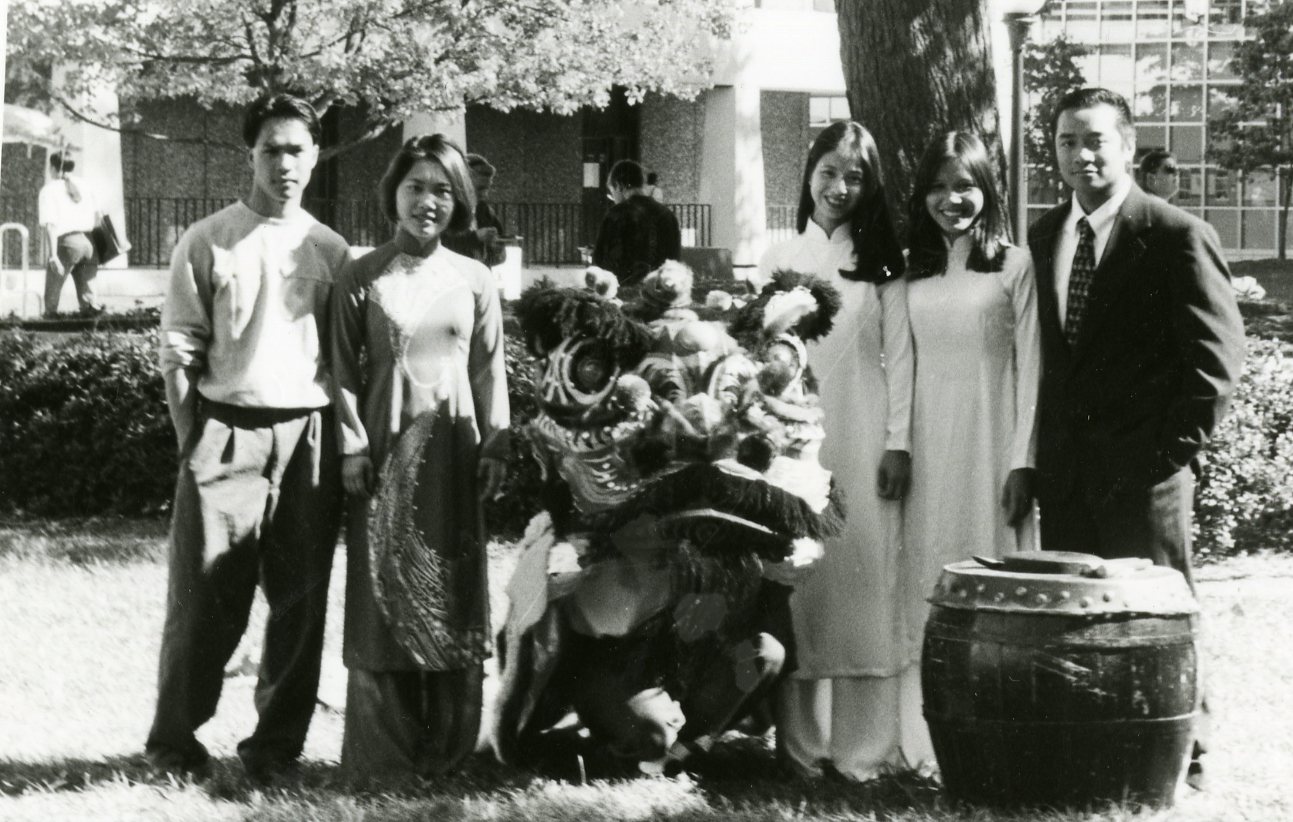 As I smile and cling to my sister

As the air fills with laughter

The dragon dances, it weaves

In and out through the crowd

Capturing the gaze of all

The smell of food, both fresh and fried

My friends, joy in their hearts

Stripped of the worries, of years past 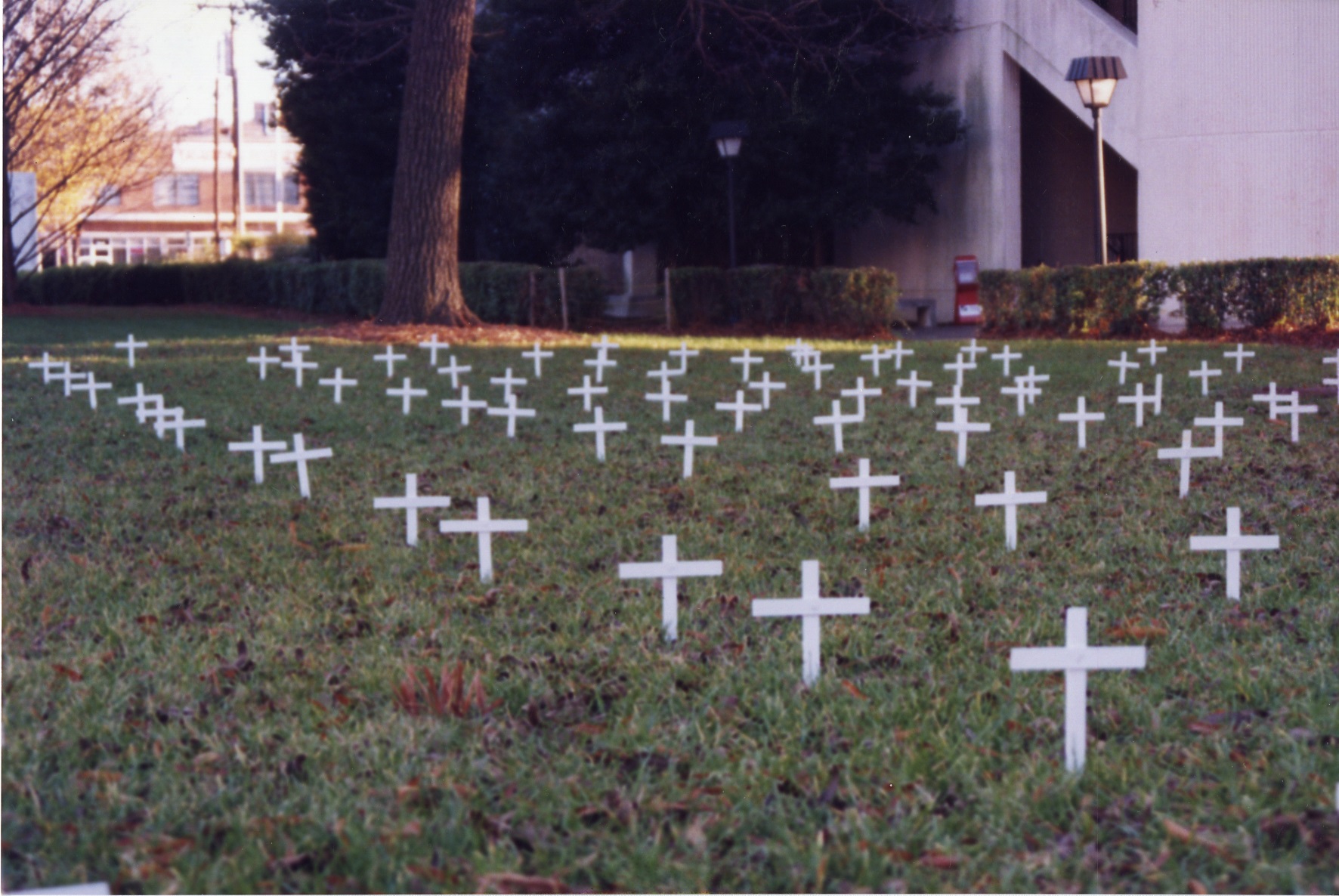 Of all those who lost their lives to AIDS

On the Central Campus lawn of grass and sticks

There was a memoriam crosses to remember them everyday

Back in the 90’s was a pretty bad survival rate

Not many people would survive the sickness along the way

They were trying different medications and to try and delay

Thank goodness but the expectancy has gone up with research

Science is reinventing the way for AID’s every single day 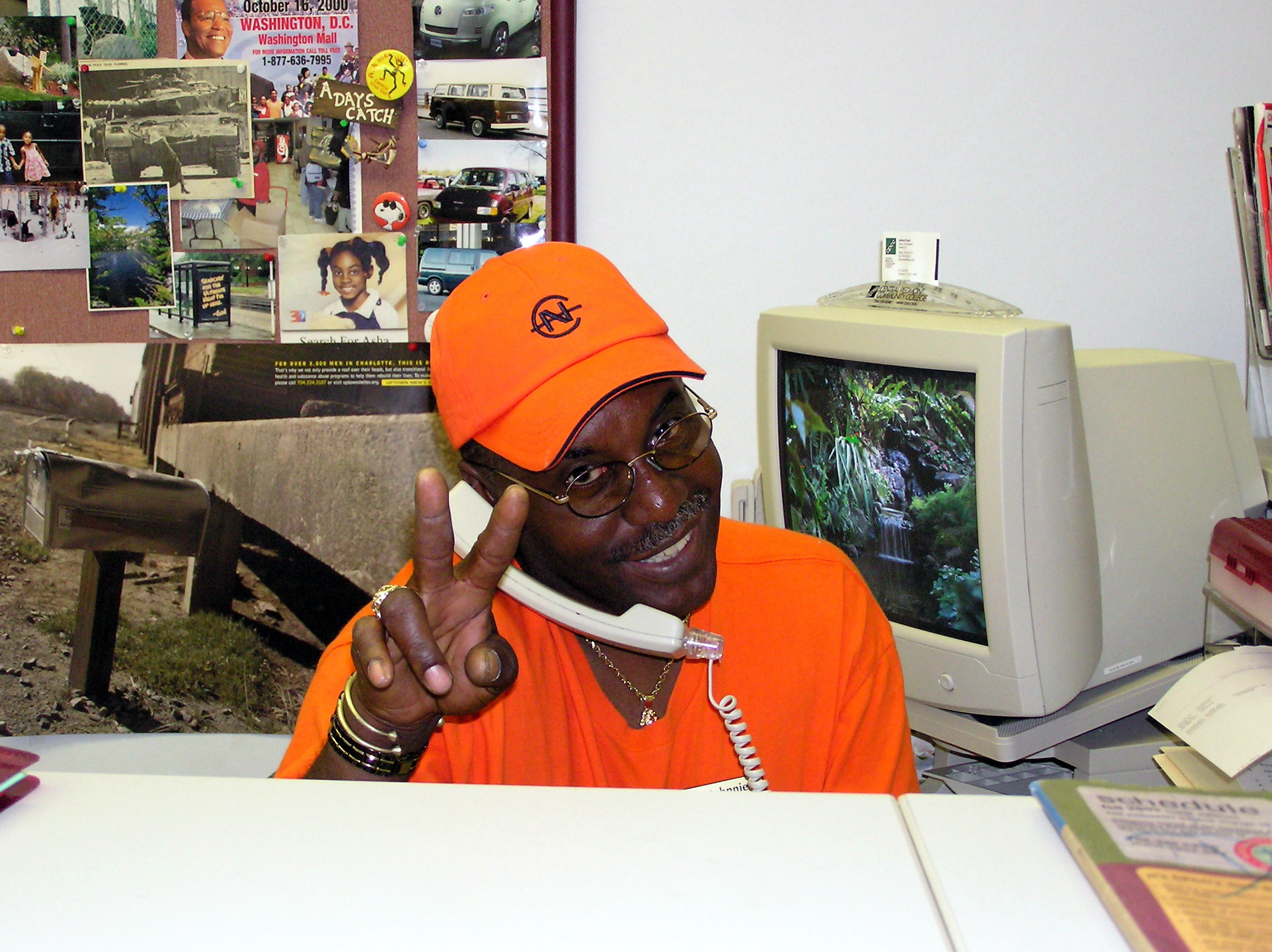 Imagine yourself as a 5 year-old kindergartener who is energetic, unafraid, loud, happy and unfiltered. That young boy grew up to be the Johnnie Roach that we came to know and love. While he aged physically, he remained as hilarious and authentic as the “Little Johnnie” from elementary school.

Johnnie worked in the Student Life Office at Central Piedmont for over thirty years, during which time he saw the hiring of three different presidents, the expansion to six different campuses, hundreds of initiatives, and thousands of students. Most people could hear Johnnie coming before they ever saw him because of his loud, frequent, laughter.

The bright clothing, the matching hat, the infectious smile, and the peace-sign, demonstrated in this photo represent the man who had a “fly on the wall” view, and an uncommon access to everyone at Central Piedmont. Johnny was equally well-known by students, groundskeepers, faculty, and the College presidents. Regardless of the age, gender, title, or ethnicity of the person asked, the feedback was consistent in the words used to describe Johnnie Roach:

Johnnie often spoke in quotes and parables that were loaded with meaning. “It Looks Good On Paper” was his way to express healthy skepticism for the abundance of “new” initiatives brought forward by the College over the span of 30 years. In a distinctive voice that could be heard across the campus, he was unafraid to question the theory behind any plan and he approached every issue with a calm sense of practicality. Whether or not he agreed with a plan was irrelevant because Johnnie would be one-step ahead of everyone to make sure it worked for the benefit of students.

Growing up in Maryland during the civil rights era taught Johnnie many life-lessons that he shared selflessly with others. Co-workers quickly learned that if you asked a question, you would receive a wise, unfiltered, and honest response. Just because he liked a lot of people, however did not necessarily mean that he trusted a lot of people. “Don’t talk about it, be about it”, was his way to challenge others who he found to be unreliable or pretentious.

Whether he was talking with a troubled student, giving advice to co-workers, frying turkeys for neighbors, or spending time with his family, Johnnie took pride in finding ways to care for people. He was described as both “the friend you’d want to have with you in the dark alley” and, “the person who was able to care for the plants and the people that needed a delicate touch”.

In the end, Johnnie left the College, his friends, and family in the same manner in which he lived his life, on his own terms. During the months after his retirement from Central Piedmont, Johnnie received constant requests for get-togethers from his Central Piedmont family. He knew that he was ill, yet chose to keep that information away from those who he knew would fuss and worry about him.

Text message sent to Johnnie: “JR, I miss you. Are you in town and interested in having lunch one day coming up?”

Text message response from Johnnie: “Thanks! I miss y’all too, but I’m under the weather. I’ll have to take a raincheck. Peace!”

The wise, compassionate, hilarious, loyal, authentic, Johnnie Roach died two weeks later. No one knew he was gone, until he was gone. 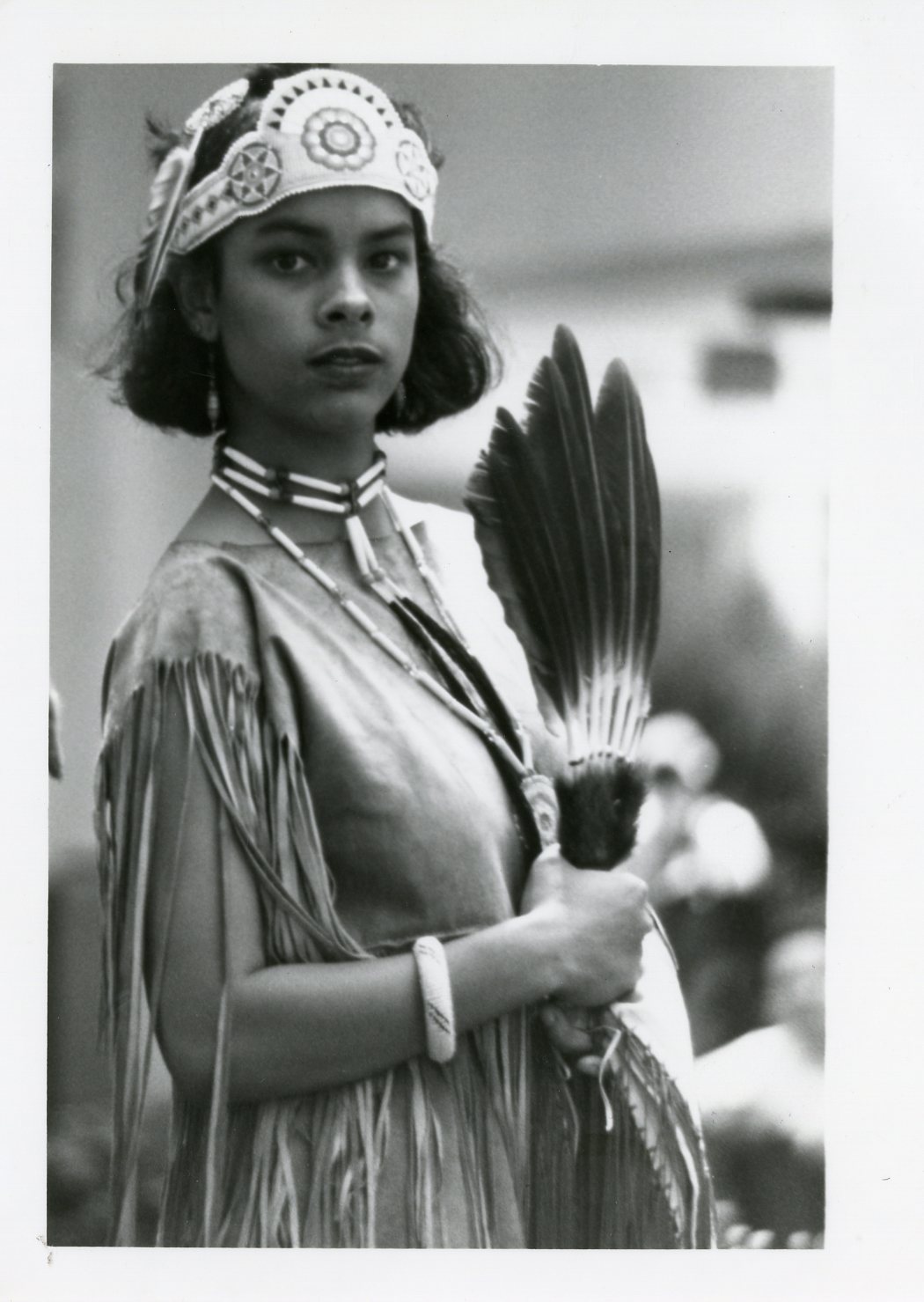 As she walks on stage

She sees the people

Gazing at her in awe

As she walks on stage

In the garments worn by ancestors many years ago

She presents the beauty of her culture

On stage for everyone to see

She proudly stares into the camera

She presents the beauty of her culture

Set in beads and feathers

She proudly stares into the camera

The history of a people

Set in beads and feathers

On stage for everyone to see

The history of a people

In the garments worn by ancestors many years ago 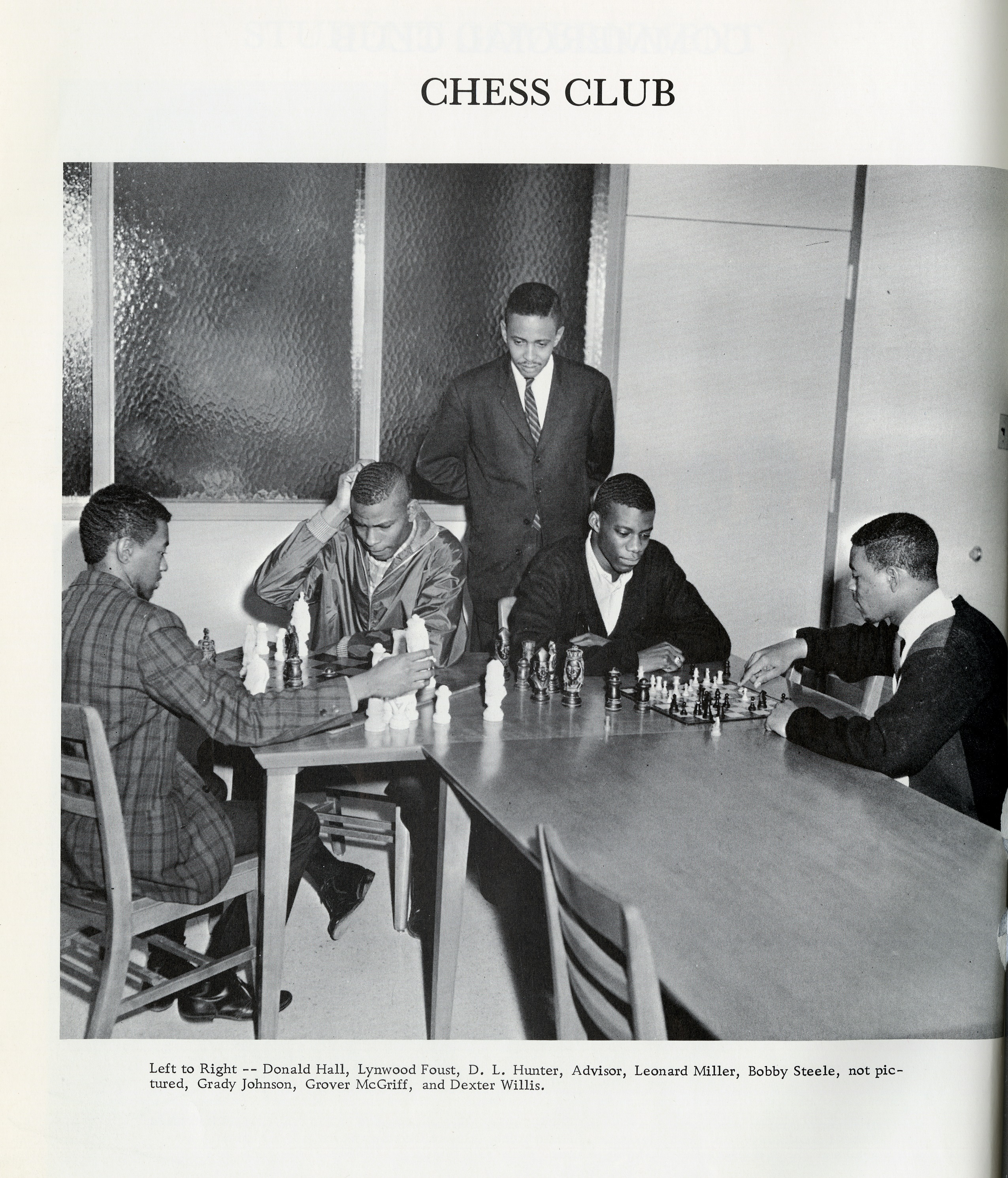 Life in a Game of Calm Violence
Eight of us in a room.
A camera flashes, the only archive of our small camaraderie.
To an outsider the room may seem calm, steady.
For us it is filled with a friendly kind of tension,
The world narrows down to our opponents, our options,
Our control.
Your hand goes to your head,
A nervous tick we’ve all seen before.
You’re the newest member,
A great player, but still learning each of our styles.
He watches your board more than ours,
A mentor to all of us, a teacher in every sense.
He takes you under his wing as he has taken each of us, he watches
Your mind spin as all of ours do,
Calculating every move,
Searching
For a way to defend, and attack
All at once.
To anyone else it would seem calm.
But to anyone who knows us,
Thinks like us,
Plays like us,
They can see the options to, see the traps and the victories,
The checkmates.
They live like us.