A man walks down a concrete path.

Could he be a teacher of science or math?

A folder of papers tucked under one arm,

for the students, he means no harm.

The man walks forward with pride,

taking each step in stride.

The autumn air blows briskly by,

On the ground stands a red bin,

and a muddy ditch holds the rain water within.

The bare trees take in the evening breeze,

as they settle down and shed all their leaves.

The Terrell building is painted white.

a view of the City of Charlotte is a welcoming sight.

If not for a photographer with a mission,

to capture a scene of beauty and vision.

This photo is a reminder of CPCC’s history,

and will forever be ingrained in our memories. 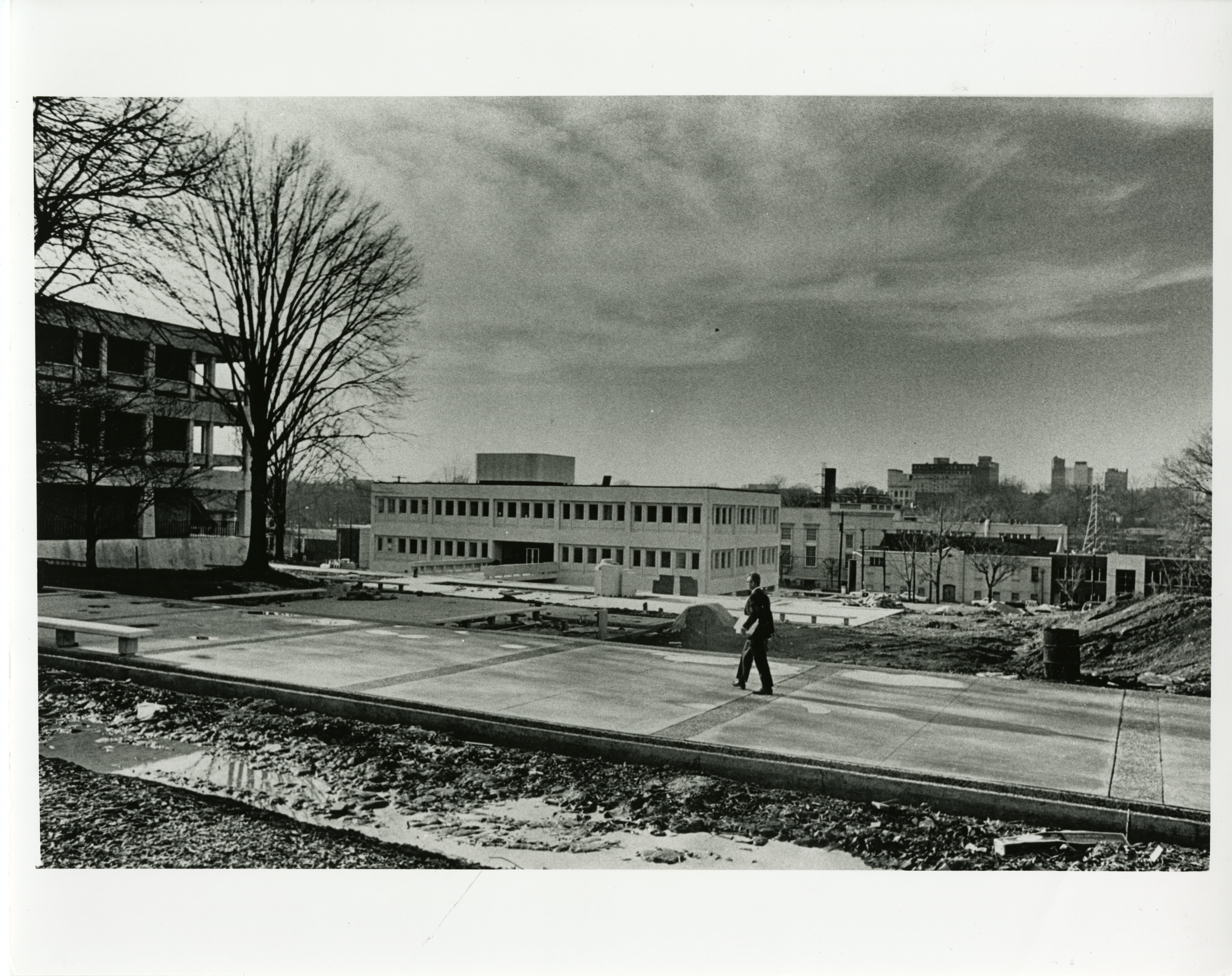 Construction of Central Piedmont's Central campus in 1968. To the right of the man walking, the previous Learning Resources Center is under construction. The former Terrell Building is newly constructed with only two stories (the remaining two stories would be added in 1974. The "Classroom Building" is situated to the left of Terrell. This building became "Mecklenburg Building and the Van Every Building. Today, the new Zeiss Building resides in its place, with the new Library and Student Success Center under

Craig sat proudly, staring out of the library window. He was finally in his final semester of school at the age of 35; it had been such a long road. Craig's children were finally old enough to care for themselves after school.

Craig and Amy met and fell in love at 18, got married at 21, had 2 children by the time they were 24, and then Amy had gotten cancer and died before the oldest was 5 years old. Craig had been a hands-on single father for six years. Finally, his children were old enough to stay home alone after school, allowing Craig to go back to school and begin his nursing degree.

Craig worked hard to be the best father he could and do the best he could; it was certainly not easy. His children needed him, especially after Amy got so sick, and even more so after she passed.

His children became his world. He guided and mentored them as they got older. It was not always easy; he had to mask his emotions of losing the love of his life so that he could be the support boat for his children. It was the right thing to do, and he loved his kids. As the kids aged, he knew someday he would go back to school, but it took several years to decide when and how he would be able to balance the two worlds.

He sat in the library with his needed encyclopedias reminiscing all of his hard work, proud that he was almost done. It had definitely not been an easy journey, but he was almost there, the finish line was close. 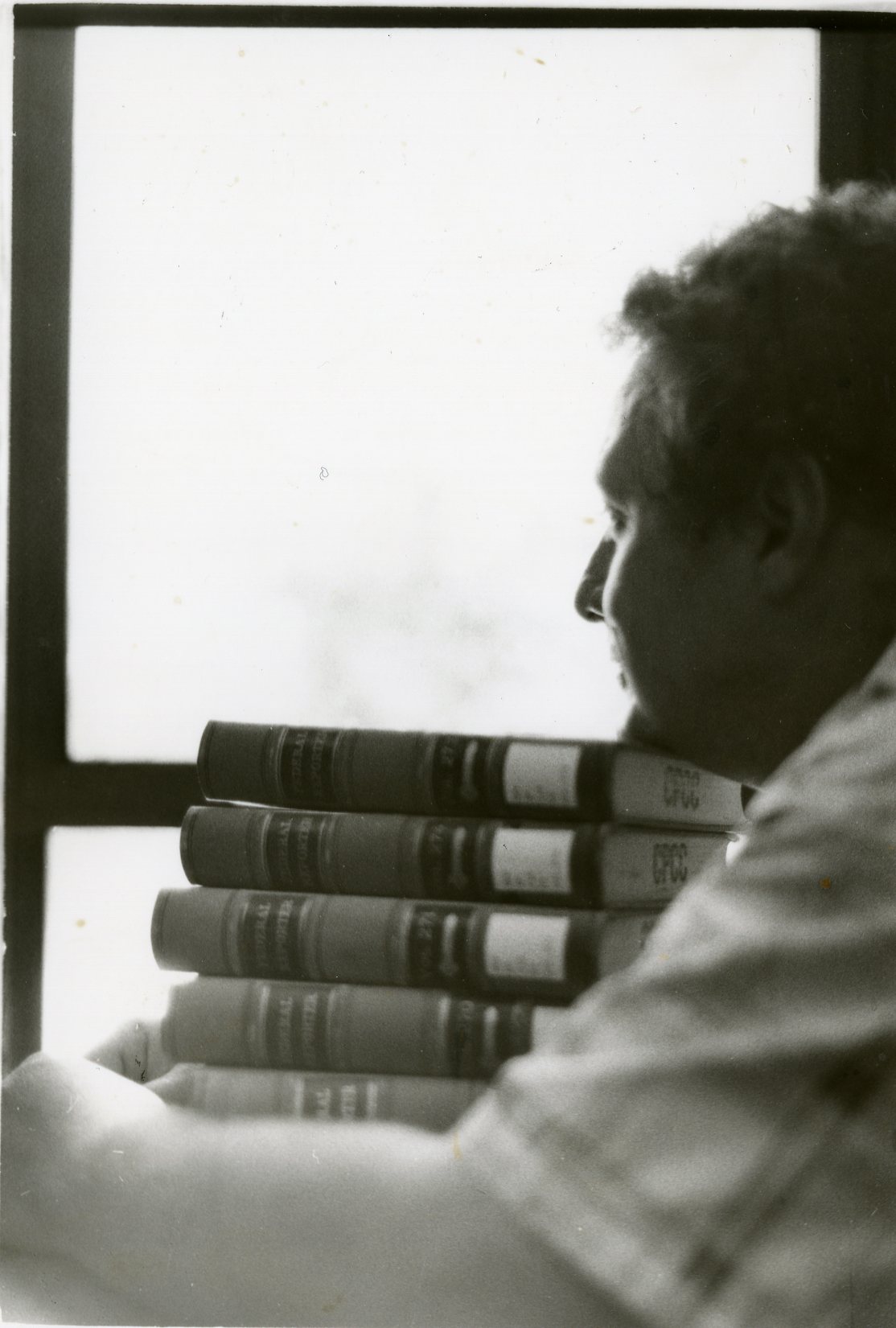 A student is photographed carrying books in the Central Piedmont Library, 1980s. AR.0035.

brown as molasses and as strong as leather.

Floating through his veins as light as a feather

with the constant thump of the music resting close by.

Holding on to it , as if it’s a pulse and without it he would die.

His face may look disgruntled, maybe it's just the heat.

Wondering what he is listening to, wandering the beat.

Is it the words of that song that have him looking that way, or is there no sound at all.

Music can be the cushioning to a moment right before you fall.

He searched and found peace in between his education.

The girls from across the courtyard staring with infatuation

Music being his source of instant gratification.

But for some reason I can’t feel what he was feeling.

Maybe he wondered if he belonged , or knew his music was all he could talk too.

Especially when there are no friends in sight, just him and his boombox walking through. 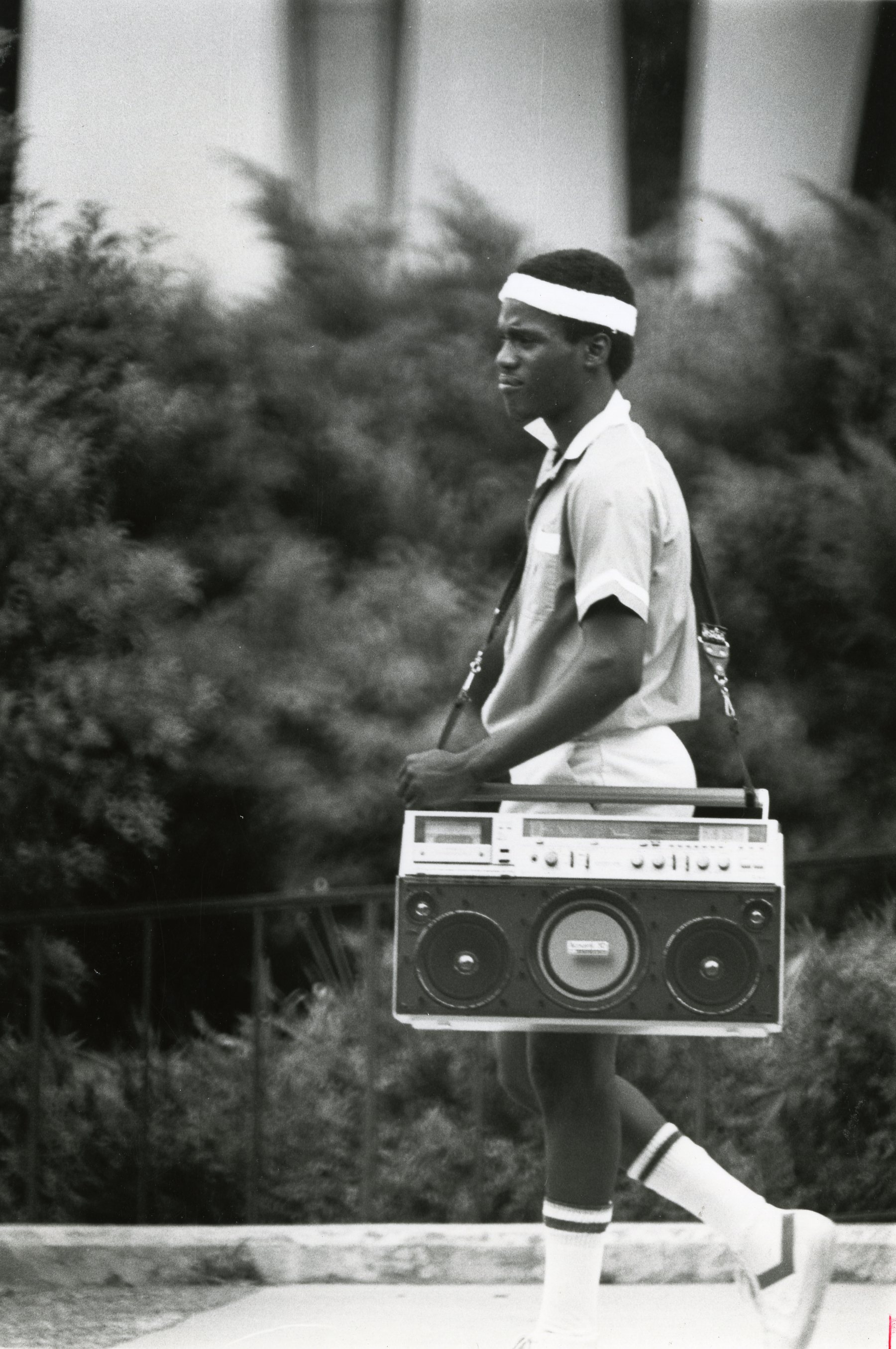 A student is photographed walking on the Central Campus in the early 1980s. The Spark. AR.0035

Mrs. Cathy Murphy was a wonderful person, and an even better teacher. Throughout her 38-year career, she earned many awards and accolades for her fervent dedication to her students. She had been invited to countless graduations, and had even been mentioned by name in a few valedictorian speeches as an inspiration to the student throughout their school careers. Students, teachers, and faculty at her school wept the day she retired. She was truly a treasure.

Cathy was smart, strong, patient, and had a rare passion for her craft that spanned the length of her tenure. She'd known she wanted to be a teacher her entire life. As a child, she would set up pretend school classrooms so she could be the teacher to her four younger siblings. It was their favorite game. She would later tutor them, as well as other students in her class, throughout grade school and college. Everyone knew her as a helper, a teacher, and a sweet, compassionate soul.

As Emily looked at the old photo of Cathy, she thought of what that day must have meant to her beloved grandmother. The photo, taken in 1968, was taken by Emily's grandfather, and Cathy's husband, John. It was the first day of her first teaching job at Central Piedmont Community College. As John parked to pick her up from her first day, he was so excited for her that he couldn't wait for her to make it into the car. He hurried toward the entrance to Taylor Hall, where he knew Cathy would be, and saw her just as she was exiting the building. Camera in hand, he snapped a quick, candid photo of the likely exhausted Cathy.

Later, Cathy would beam as she told the story of the photo. And now, six days from graduation, missing her dearly departed grandmother, Emily felt bittersweet as she remembered the many wonderful years she was able to spend with this amazing woman, and how her love, patience, and passion for teaching led Emily to choose this career path for herself. As her final semester of her senior year of college was coming to an end, Emily knew her grandmother would be proud, and only hoped to be half the person and teacher her grandmother was. 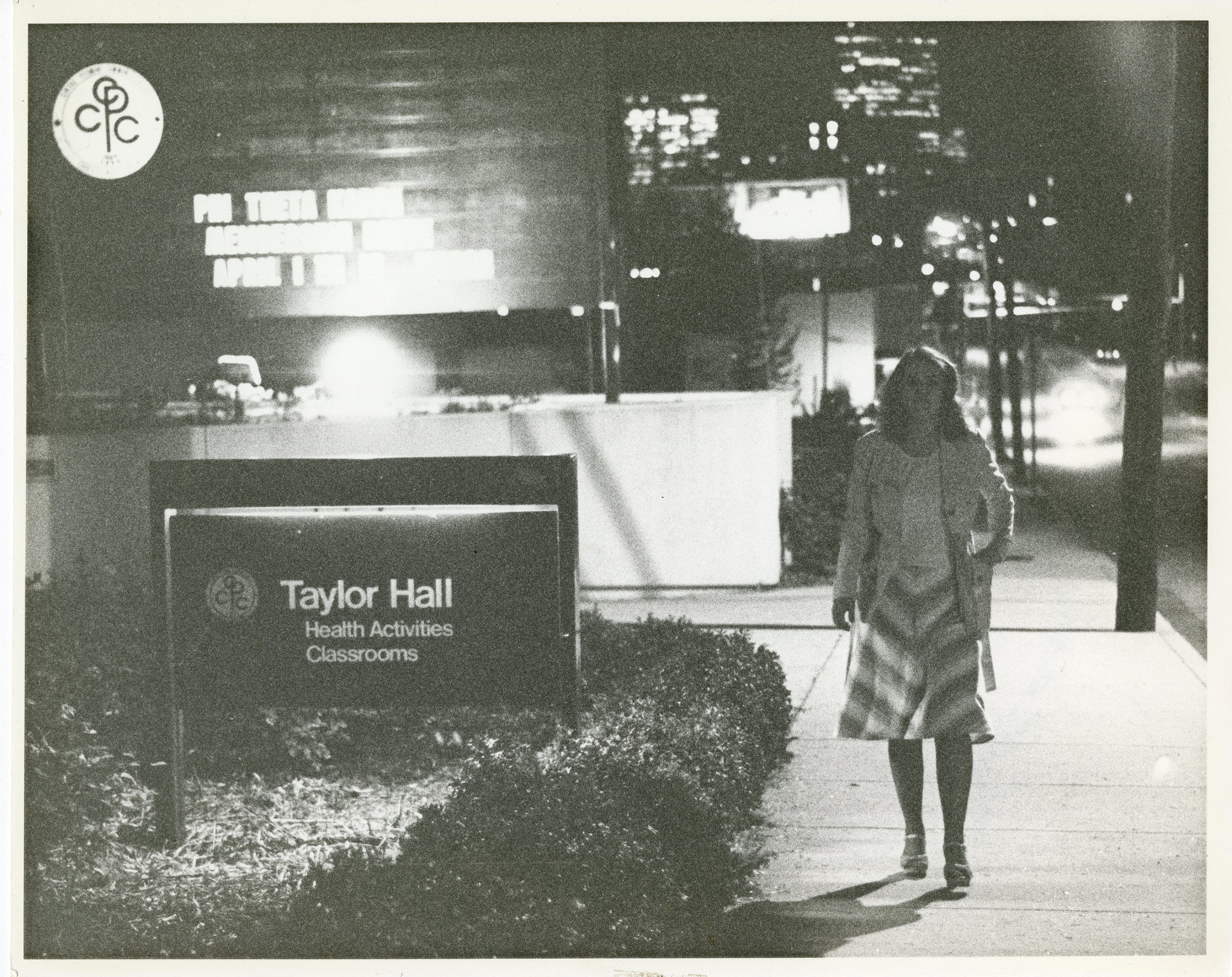 A student photographed outside of the newly-constructed Taylor Hall, 1980. The Spark, AR.0035.

You would realize times are different

Oh, how the passing years bring a sense of nostalgia

The cars no longer flood the streets as it used to

The buildings aged roughly as if they are tired

You discover that you have been here

A place for the youth,

And even now still a place for the youth

You realize that times are different

But the essence of that place remains the same

The same building that succeeded the adolescence 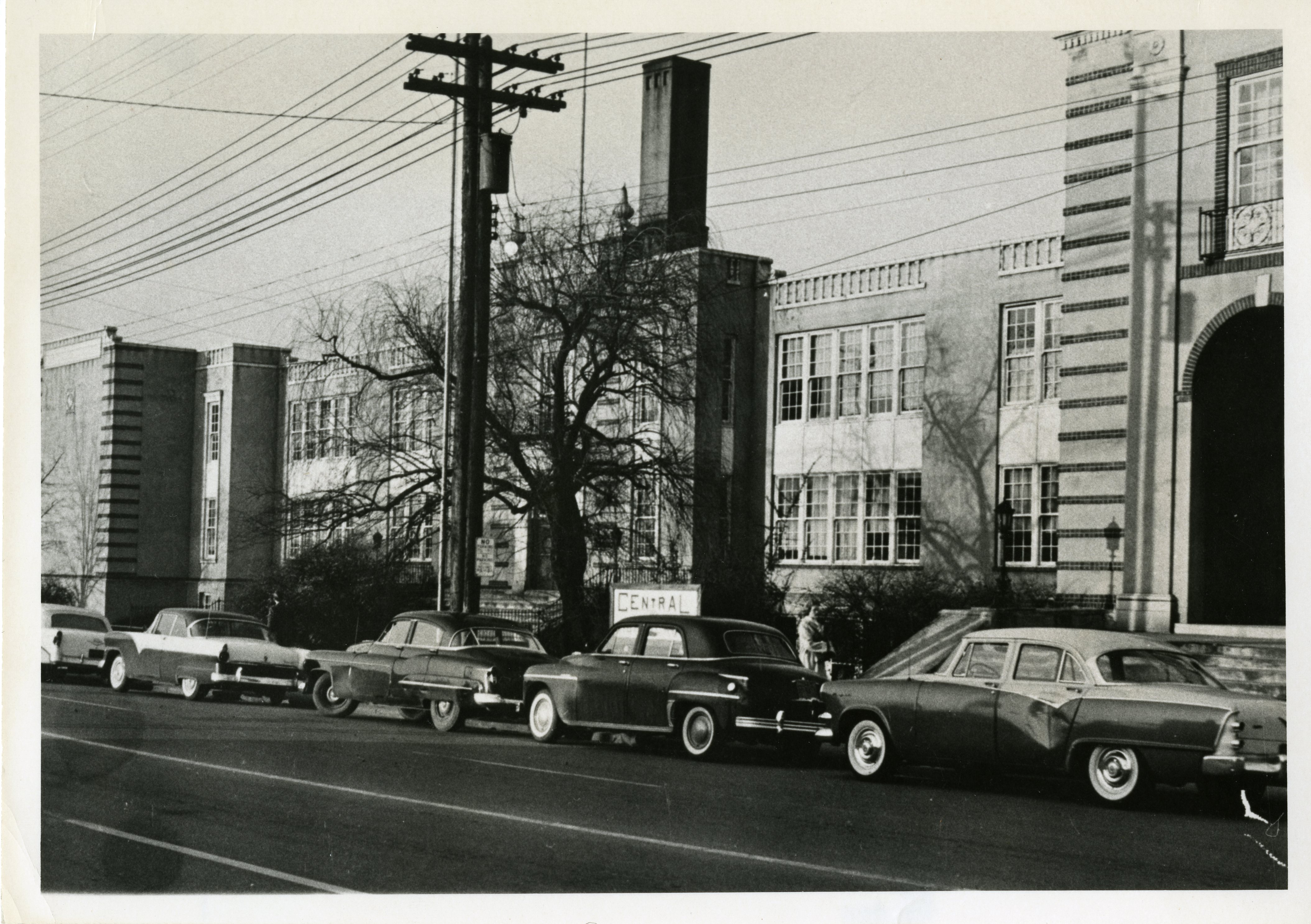 Vespa’s eyes were swimming. They had been staring at diagrams for what felt like hours. This one was of a small reconnaissance drone. The last had been a turret. The one before that had been of their boss’s power armour. After examining each blueprint, Vespa used their powers to bend light into the object and make them real. If they worked, they had succeeded and they could move on to the next trinket. If they didn’t work, Vespa went back to staring dejectedly at the blueprints.

“Somehow,” Vespa muttered to themselves, “when I joined the league of superpowered misfits™ , I imagined there would be less blueprints involved.” Not that they had had a choice about joining. Apparently stopping a bank robbery and subsequent bombing didn’t make the judges forget about the several successful bank robberies they had done. They gave Vespa a choice: the electric chair or join arms (under tight supervision) with LindquIndustries.

“Thanks…” Vespa had no idea how, but their boss and current guardian, Anthony Lindquist, always got their order right. It was a bit unnerving. Iced mocha coffee with sugar and cream. Lindquist liked to joke that Vespa could more effectively get their fix by drinking straight creamer. Vespa liked to say that he could get more caffeine if he ate the roasted beans straight.

He glanced at the small pile of drones. “She giving you trouble?” Vespa sighed. “They won’t fly right.” Anthony picked up their latest failed attempt. Vespa continued glaring at the blueprints as he tinkered with the drone until they heard a soft whirring. They snapped their head around.

Anthony laughed a little as the drone took flight, buzzed around the room, and landed back in his hand. “I have no idea how you do that, Tony.” He only smiled.

“Here,” he disassembled the drone and began pointing to various metal tabs. “These were bent just slightly away from where they needed to be so the circuit wasn’t connected. Try it again.” Vespa examined the drone carefully and then pulled the light carefully into the correct shapes before snapping their hands shut. When they opened their hands again, there was another drone. Anthony picked it up and turned it on. It hovered a safe distance upwards before gently setting itself on the table.

“I’m not a kid” Vespa grumbled.

“Seventeen is baby aged. You're a baby.” he said, standing up from his seat.

“Ok, boomer.” Anthony laughed and ruffled their hair before turning to leave. “Have fun with the next one!”

Grinning all the same, he called over his shoulder, “Love you too!”

Vespa stared at the next blueprint before groaning at the ceiling. 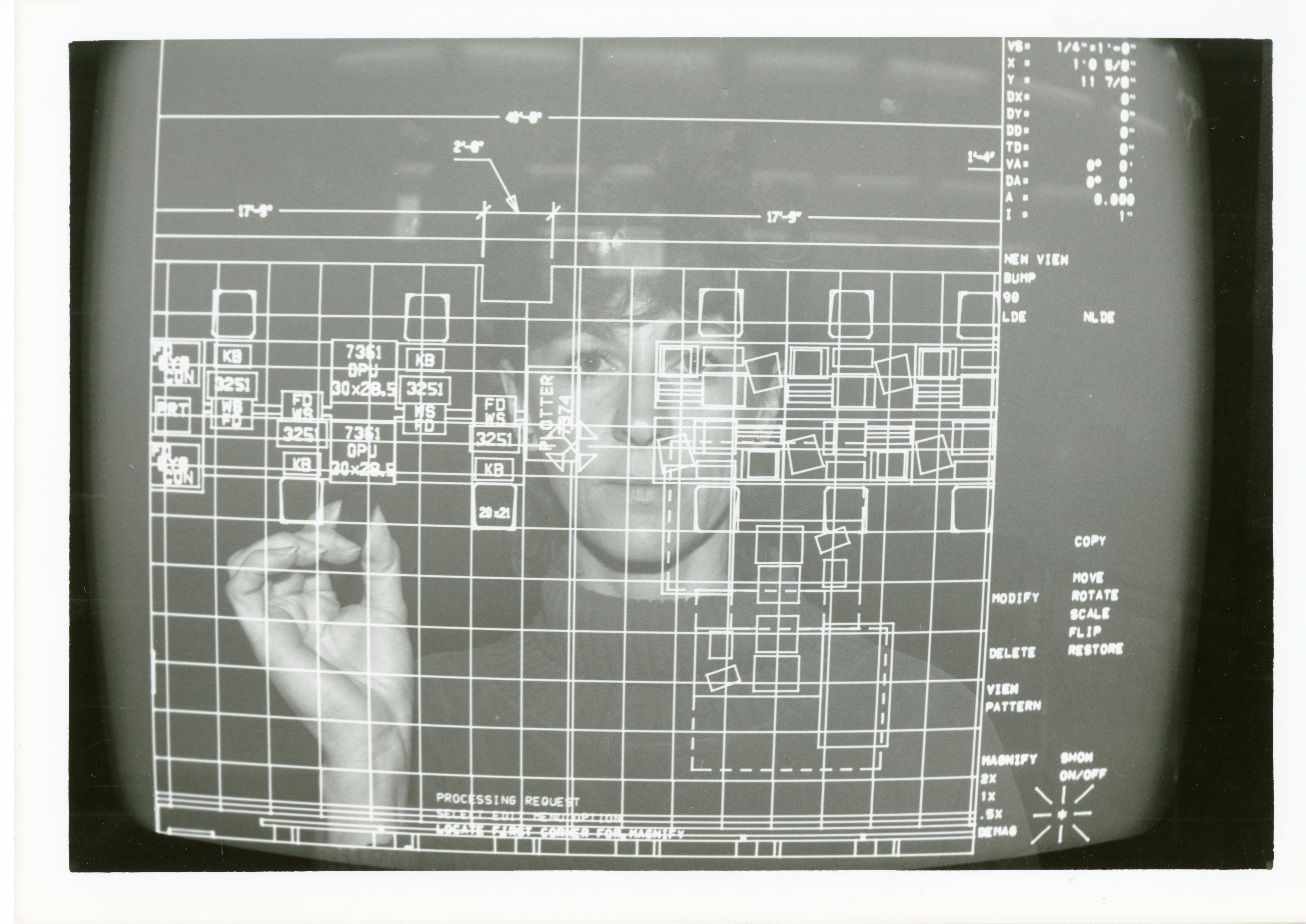