"Edge of your Seat"

In 1963 Central Piedmont Community College opened up and a year later in 1964 the put together their first basketball team. This team was good it was one of the best ever seen between community colleges. Everybody in town knew that this team could beat all other teams. The only other community college team that they feared was Rowan Cabarrus Community College team. The RCCC team had been around for about 10 years and they won nationals every single year in the community college conference. The guys on the CPCC team knew they were a good team and that they could make it to final. They just didn’t know whether they could beat RCCC.

The team was right. This picture was taken in 1971 and for the previous 6 years the CPCC basketball team had made it to the finals, but every year they ended up in second place against RCCC. Once again, this was Central Piedmont Community College against Rowan Cabarrus Community College. This was the final and once again CPCC was down, but it was the closest they had ever been to almost tying. This was CPCC’s biggest basketball rival. RCCC was the Duke to CPCC’s Chapel Hill. That is how big the rivalry was. All the students were going crazy because the score was 42-43 with CPCC down only one point. There were 2 seconds left on the clock.

1 second left on the clock and CPCC’s star player was going in for a two pointer when he was fouled by a player from RCCC. The bell went off and the crowd went crazy. The RCCC fans were screaming thinking they won, and the CPCC fans screaming calling out a foul. Sure enough it was a foul. The referees called it and the crowd went even crazier. If CPCC made both these free throws they could win the final for the first time. The players lined up and the first free throw was not made. Now the only hope was to tie then to go on to overtime and try and win. The player shot the shot, and that is the exact moment this picture was captured. The players had all lost hoped and they thought this was it. They were thinking second place again for the seventh row in a time. They were wrong. The ball bounced on the backboard and went around the rim and right when it looked like it was going out it tipped in the basket and the crowds went wild. CPCC went on to win during overtime and although this picture may not show all the excitement it goes down in history as a memory of the first time CPCC beat RCCC. 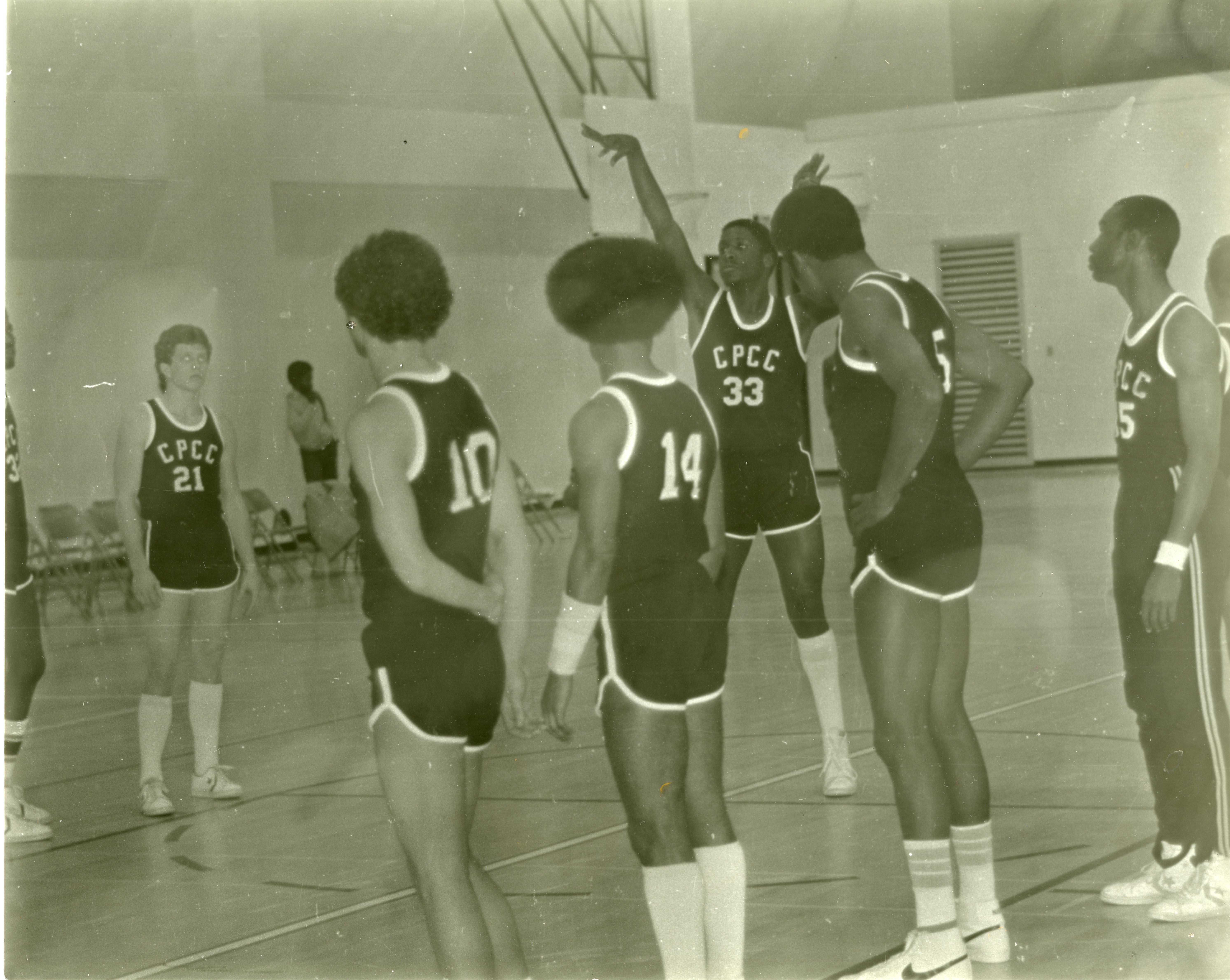 Warm-ups for the Central Piedmont basketball team before a match, 1970s. AR.0036 - Athletics.

Paper lanterns gently glow and twist in the gentle breeze, illuminating happy faces as they march down the road. The sound of bamboo flutes bellow in the night air and command the people to dance and cheer. The streets of Chinatown are flooded with reds and golds as the people celebrate with cheer. Of course the renewal and redemption of the new year is cause enough to celebrate. Zhao's heart warms at the deep thwang of the gong. His favorite part of the New Year since he was a little boy was never partying, he had loved watching the mystical dragon lantern dancers with his father, and looked forward to it every year. Tonight would be the first New Year's he spent alone, in a different city than his parents. His family was left back in Hong Kong as he searched for opportunities in New York, a small and quiet city in comparison.

Zhao balanced on a loose cobblestone tile to watch the parade. The lights twirl and multiply in the reflection of the windows as another larger gong was rung somewhere in the distance. The deep crash cascaded down the street in a tidal wave, and alerted everyone that the dragon dancers were to start their march. The little boy in him squealed with glee, but his face only allowed a slight smile.

Dancers in beautiful Pinyin Wǔ Loong costumes embellished in rich red and sparkling gold scales, and lined with fluffy plumes of fur poured out onto the street and began the slither around the parade goers. The dancers hid under the dragon and coordinately controlled the prop with sticks, but when Zhao was little he'd tug on his father's shirt and ask him if the dragons he saw were real. His father would always bestow the same wisdom on him:

To which he would always reply with, "No, tell me the story, Bà" just so he could hear it again.

"There was once such an amazing artist named Zhang SengYao, he painted four Loongs, Chinese dragons, on the wall of a cave and did not draw the eyes. The people who came to view his paintings would be upset that the eyes, the window to the soul were missing. Zhang warned them that if he had painted the eyes on the dragons that they would look so realistic that the painting would come alive and run away. Skeptical, a viewer came and painted eyes onto one of Zhang's dragons to complete it. Right before him the dragon crawled off the wall, roared at the viewer, launched into the air and disappeared over the bamboo forests of China. What makes a dragon real is their eyes, Zhao. Diãn jīng zhī bī, look into their eyes" Little Zhao had looked into the foam eyes of the dragon costume and did not know what his

A bright red Loong, doused in gold flakes of glitter that were sure to pollute the streets for a week spun right in front of Zhao and he looked into its eyes. He felt the connection through the eyes of the mask and felt his father's warmth in his hands. He now understood. 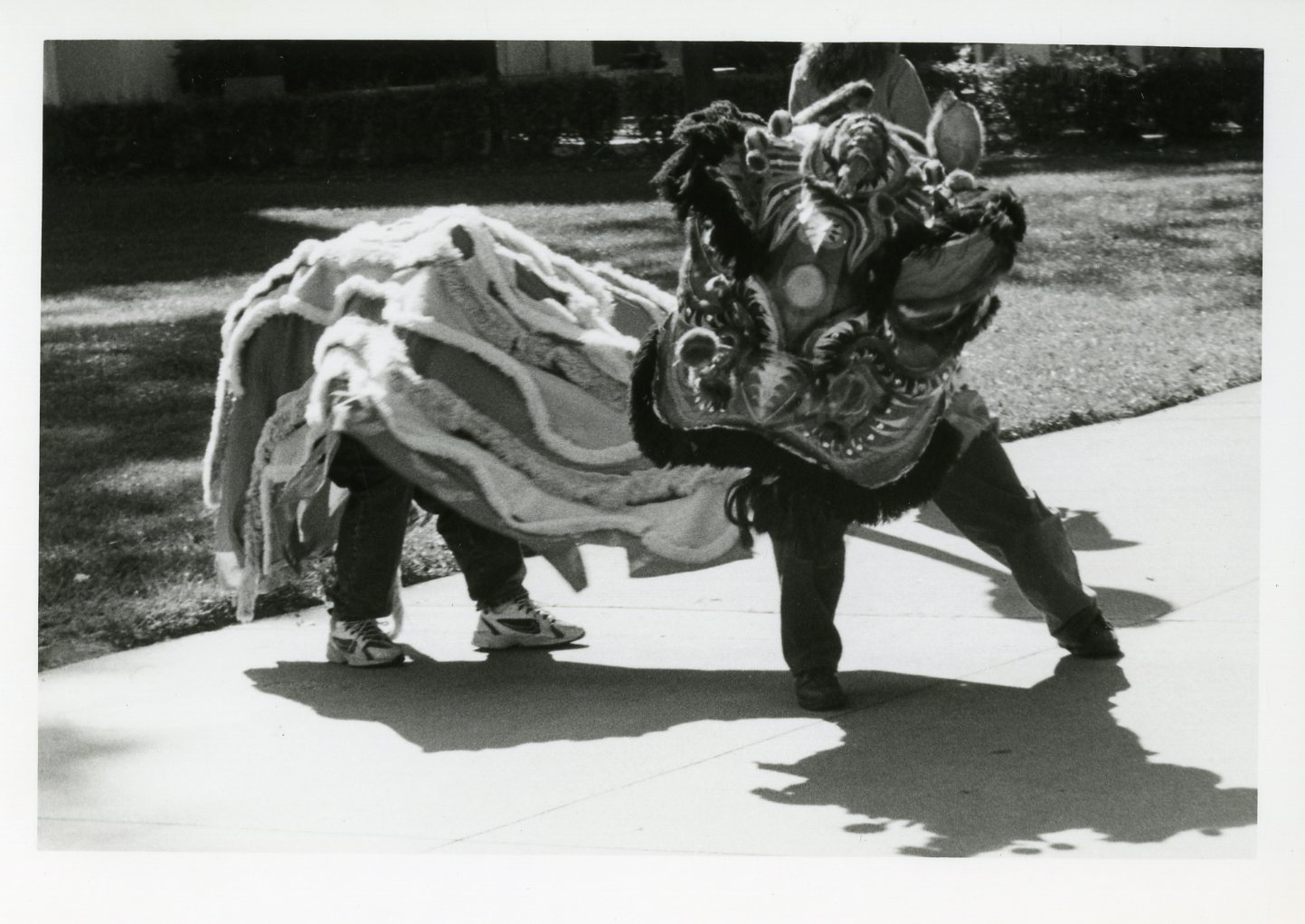 There is little left

Come down into me 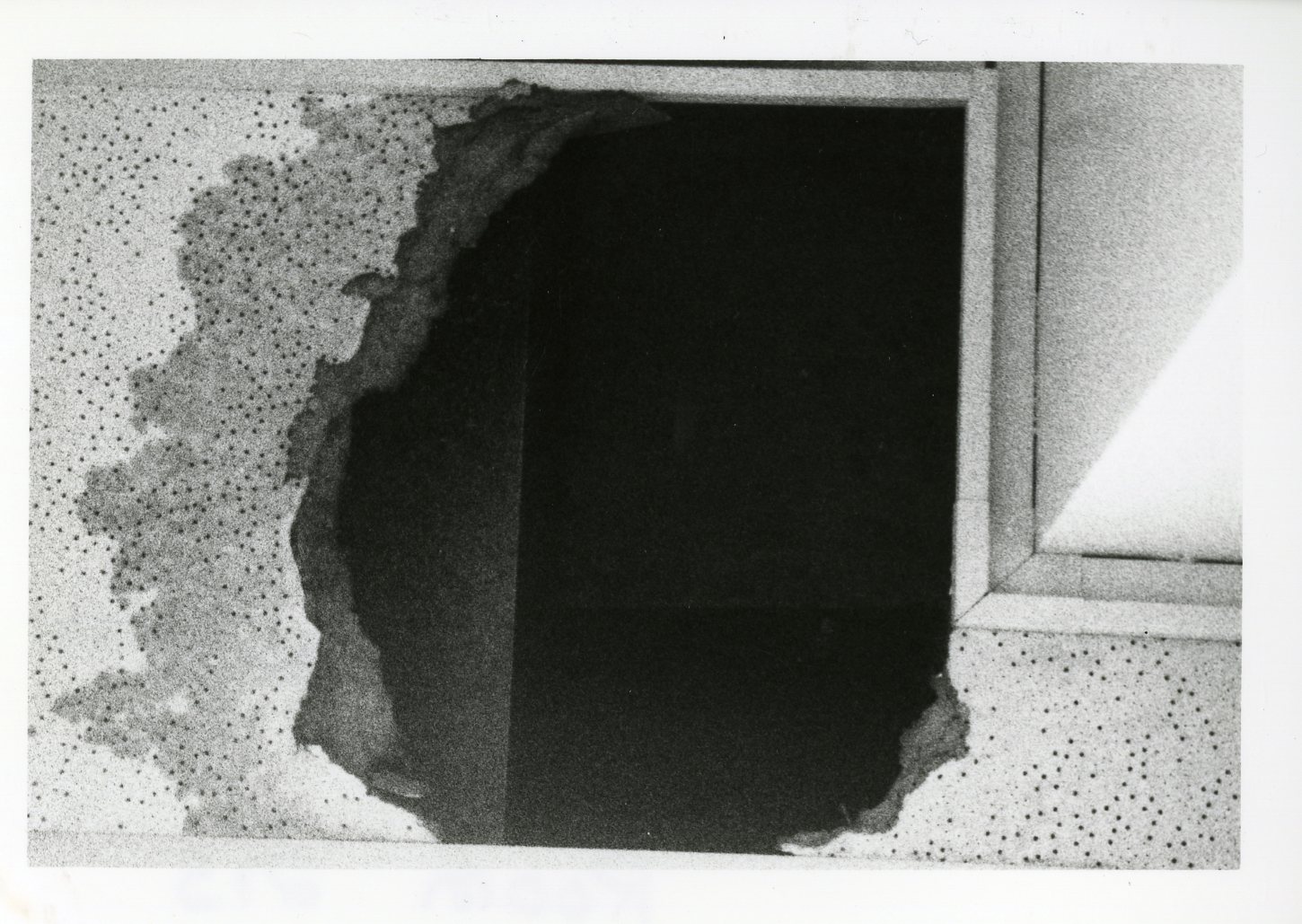 Suggestion: For a better reading experience and visualization listen to the song, "Desert Raven" - Johnathan Wilson

In 1978 on a hot and dusty day in San Antonio a college student named Brooks wakes up from a long and much needed nap after finishing a project for his Physics class. When Brooks awakes from his nap he tunes into his favorite radio station for some tunes. Suddenly, the radio host interrupts the song selection with breaking news “Strange weather formations and an imminent eclipse are upon us.” Brooks looks outside his window and sees a ghastly planet shaped figure eclipsing the sun. He grabs his favorite floral button up shirt and phones his friends to meet up at school in the parking lot beside the baseball field. Then he hurriedly packs his pickup truck with some gear to study the odd weather phenomenon developing around San Antonio. Brooks believes intelligent lifeforms exist beyond the stars, his belief is so strong that he has built a dish-like machine to communicate with potential life forms using radiant light in the form of electronic beams. Once he and his friends arrive at the agreed upon location, they see a collection of college students have congregated to the parking lot beside the baseball field. What they see is unlike anything they have seen before.

On this hot and dusty day in San Antonio the heat waves mix with the dusty air and create a glitter-like atmosphere. One of Brooks friends stick out their hand to touch this glitter-like substance, when Brooks friend touches this substance it melts in his hands like a snowflake. When Brooks and his friends look into the sky they see clouds that begin to form into tornadoes and hover in mid-air with a planet-like figure eclipsing the sun. They see that the figure eclipsing the sun seems to be swaying back and forth exposing parts of the sun to the world below providing minimal amounts of sunlight. Brooks then signals to his friends to unload his machine from his pickup truck, once the machine is unloaded they place the machine in the center of the parking lot. Brooks then aims his dish-like machine at the figure eclipsing the sun, Brooks hits a switch to turn on the machine and instantly the machine shoots electromagnetic waves at his strange formation in front of the sun. Immediately a door is unveiled and opened from the bottom of this figure in the sky. A glowing blue sphere floats down towards Brooks and his friends shooting beams of energy at the larger object in the sky.

The glowing blue sphere hovers just above the parking lot and the group of college specters and reveals two figures with swirling faces, horns atop their heads, and four sets of wings each speak to Brooks and his friends using a machine that translates what they’re trying to communicate in English. These creatures tell Brooks and his friends they come in peace and the reason they are here. The reason they are on earth is because their ship is absorbing sunlight to repair itself for a long interstellar journey, they also know that Brooks has many questions and end their communication by saying “Nos redire cito.” In an instant the creatures and their ship disappear into space and the weather returns to normal. Brooks and his friends begin to look at each other with amazement and begin to discuss the meaning of “Nos redire cito.” Brooks sits in silence while his friends discuss the meaning of this phrase just then Brooks tells his friends the meaning as they pack up his machine and begin planning for their next interaction with these creatures. 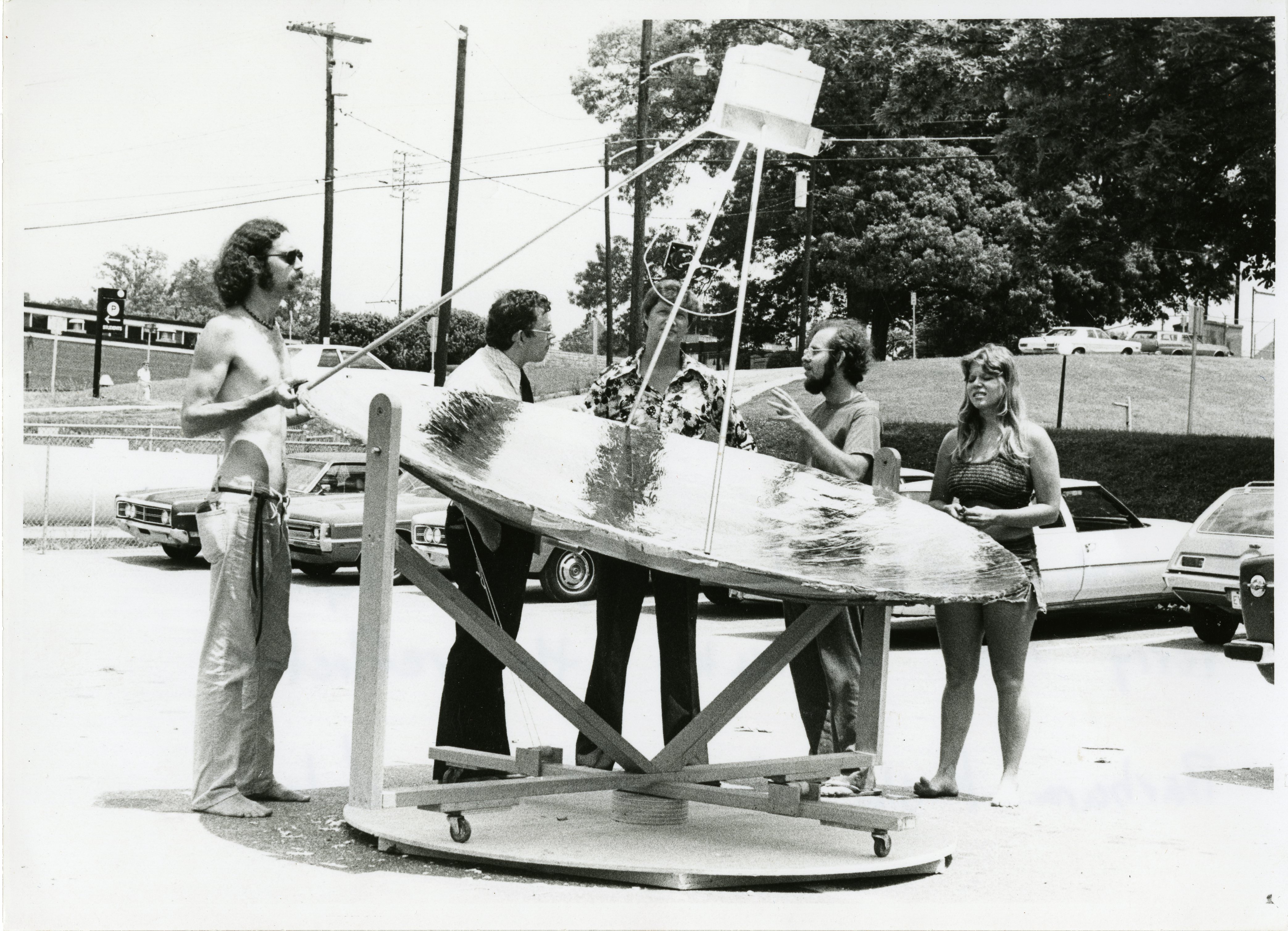 Students in a creative arts class designed a satellite out of tinfoil and other procured materials. Central Campus, 1972. AR.0036 - Academics

Is what we were taught when we were in school

It is what we teach our students now

And it is what our students will teach their children

in the many years to come.

And the witches’ prophecy.

There is a comfort in that.

There is safety in knowing that

even though we may not always be here,

These stories will outlive us all.

And so we reread them now

In a fruitful attempt to understand who we are 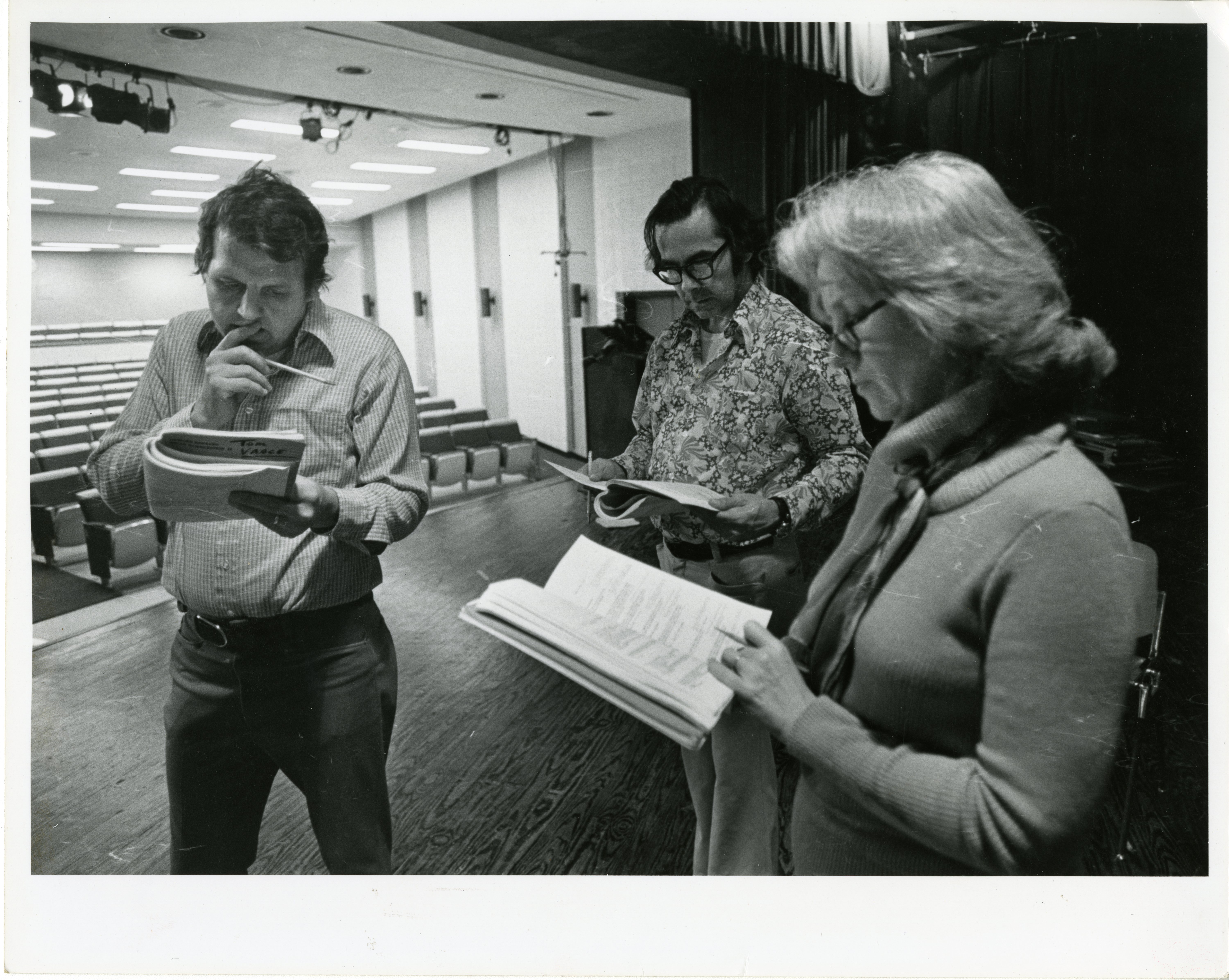