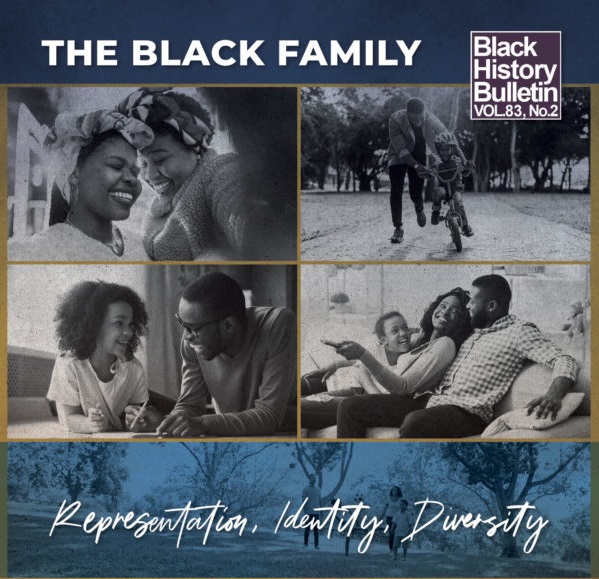 Black History Month began as a single week in 1926 by Carter G. Woodson to recognizes and celebrates the rich cultural heritage and contributions of black Americans. Every year the Association for the Study of African American Life and History (ASALH) selects a national theme to bring attention to important developments in the Black narrative that merit emphasis. This year the ASALH has chosen to focus on The Black Family: Representation, Identity, and Diversity because the family offers a rich tapestry of images for exploring the African American past and present.

The black family has been a topic of study in many disciplines—history, literature, the visual arts and film studies, sociology, anthropology, and social policy.  Its representation, identity, and diversity have been reverenced, stereotyped, and vilified from the days of slavery to our own time. The black family knows no single location, since family reunions and genetic-ancestry searches testify to the spread of family members across states, nations, and continents. Not only are individual black families diasporic, but Africa and the diaspora itself have been long portrayed as the black family at large. While the role of the black family has been described by some as a microcosm of the entire race, its complexity as the “foundation” of African American life and history can be seen in numerous debates over how to represent its meaning and typicality from a historical perspective—as slave or free, as patriarchal or matriarchal/matrifocal, as single-headed or dual-headed household, as extended or nuclear, as fictive kin or blood lineage, as legal or common law, and as black or interracial, etc. Variation appears, as well, in discussions on the nature and impact of parenting, childhood, marriage, gender norms, sexuality, and incarceration. The family offers a rich tapestry of images for exploring the African American past and present.