Racial Issues: About and/or encouraging racism towards one or more group of people.

Encouragement of "Damaging" Lifestyles: Content of book encourages lifestyle choices that are not of the norm or could be considered dangerous or damaging. This could include drug use, co-habitation without marriage, or homosexuality.

Blasphemous Dialog: The author of the book uses words such as "God" or "Jesus" as profanity. This could also include any use of profanity or swear words within the text that any reader might find offensive.

Sexual Situations or Dialog: Many books with content that include sexual situations or dialog are banned or censored.

Presence of Witchcraft: Books that include magic or witchcraft themes. A common example of these types of books are J.K. Rowling's Harry Potter Series.

Religious Affiliations (unpopular religions): Books have been banned or censored due to an unpopular religious views or opinions in the content of the book. This is most commonly related to satanic or witchcraft themes found in the book. Although, many books have also been banned or censored for any religious views in general that might not coincide with the public view.

Banned Books in the CPCC Libraries 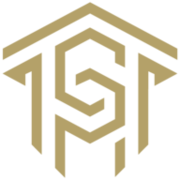 Enabling and supporting free expression lies at the core of library work. With Banned Books Week, libraries can welcome the new school year with creative and thought-provoking programs.