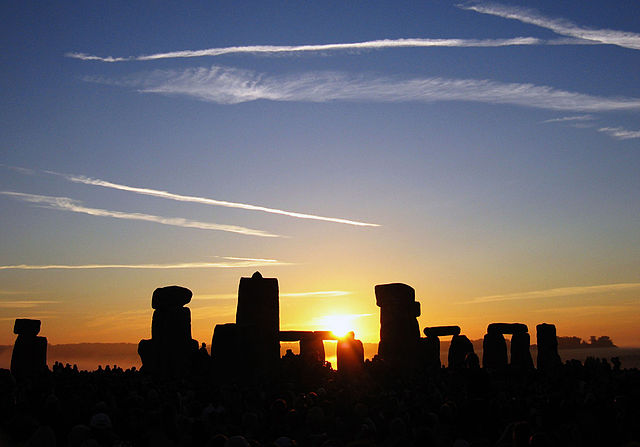 The Sun rising over Stonehenge on the morning of the summer solstice (21st June 2005).

The Winter Solstice usually takes place either on December 21 or 22, in the Northern Hemisphere. The next winter solstice for the Northern Hemisphere occurs on Tuesday, December 21, 2021 at 10:59 a.m. EST. It is the day with the shortest daylight and the longest night. It is considered the rebirth of the sun since the daylight periods following the Solstice gradually gets longer until the Summer Solstice in June. Many ancient civilizations celebrated this day and some of those traditions continue on today, especially through the Western/European celebration of Christmas.

Books available at the library