How Did We Help Students Conquer Possibilities?

On December 1, 1992, Dr. Zeiss began his first day as the third president of Central Piedmont. He sought to provide institutional renewal and develop a new vision for the college for the twenty-first century. Within his first year, Dr. Zeiss and his administration put forth the following projects: 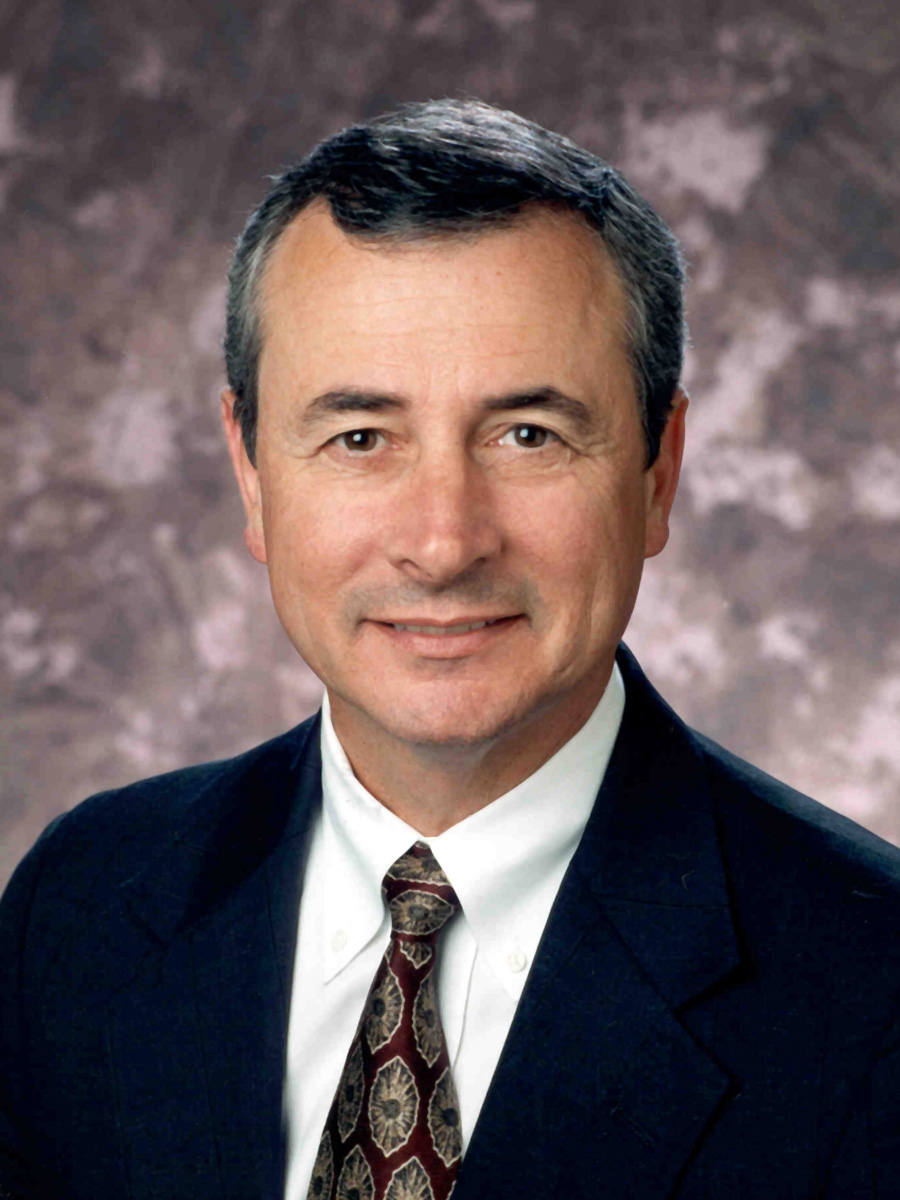 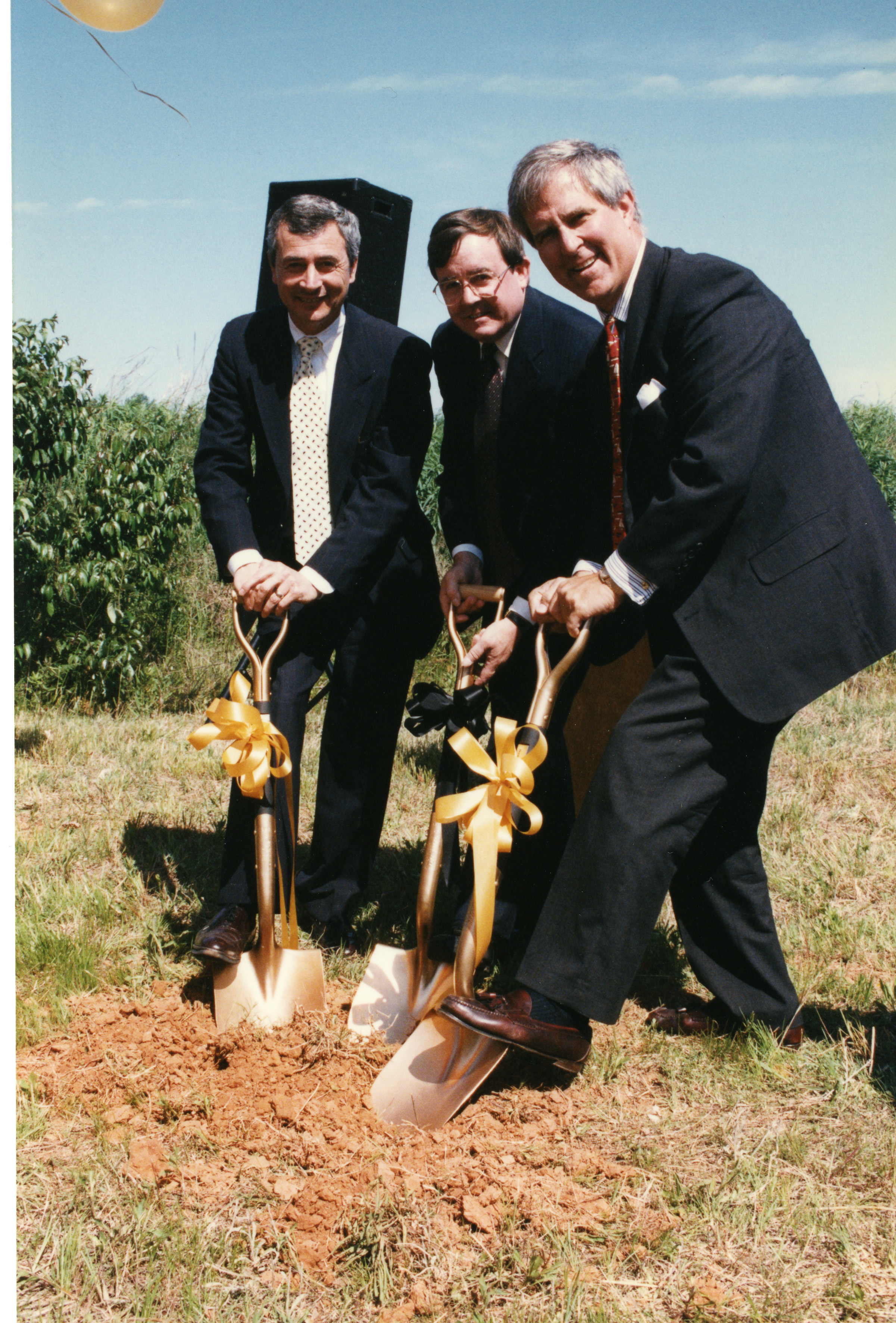 The groundbreaking ceremony at the Levine campus, 1996-1997. Some figures, such as Dr. Zeiss, and Mr. and Mrs. Harper are identified, the others have not yet been identified. 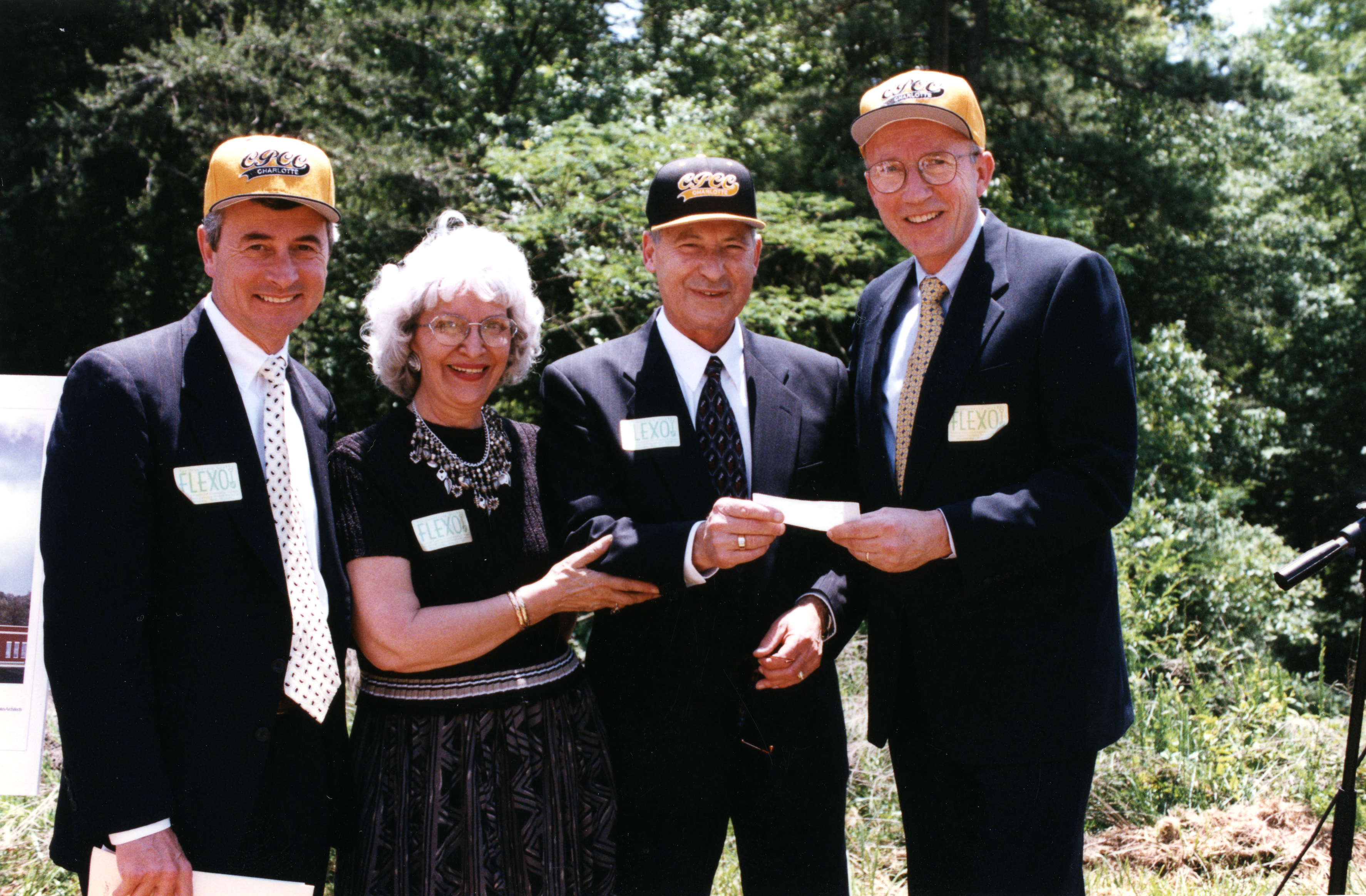 The groundbreaking ceremony at the Harper campus, 1996-1997. Some figures, such as Dr. Zeiss, and Mr. and Mrs. Harper are identified, the others have not yet been identified. 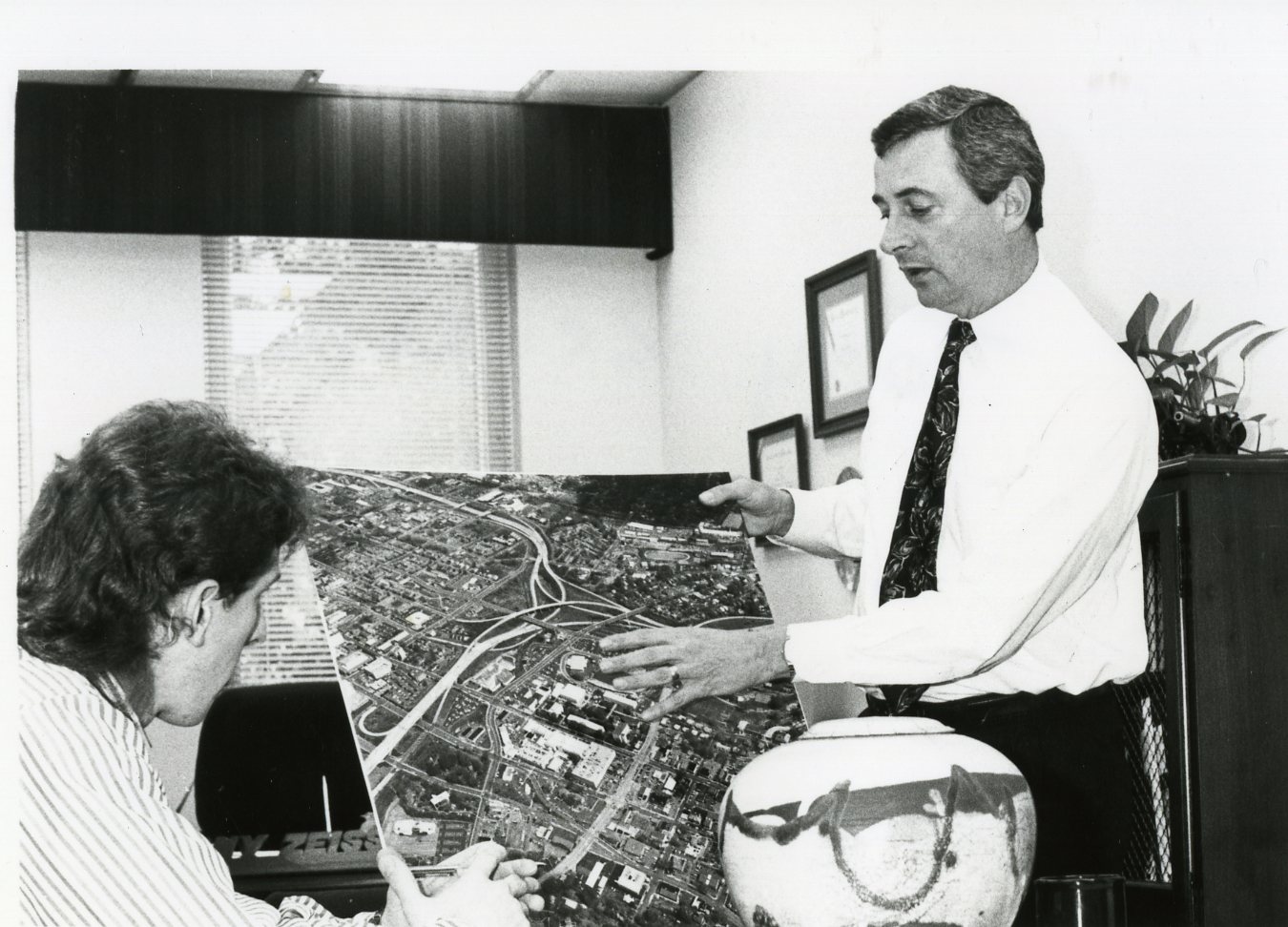 Dr. Zeiss looked at an aerial image of the Central Campus, while discussing the expansion and revitalization of this campus in the late-1990s. The Central Campus originally had buildings designed in cement/stucco mixture, and had a greyish look to them. As a result of the 10-year Plan, all Central Piedmont campuses would be built/renovated to include buildings of a red-brick design. 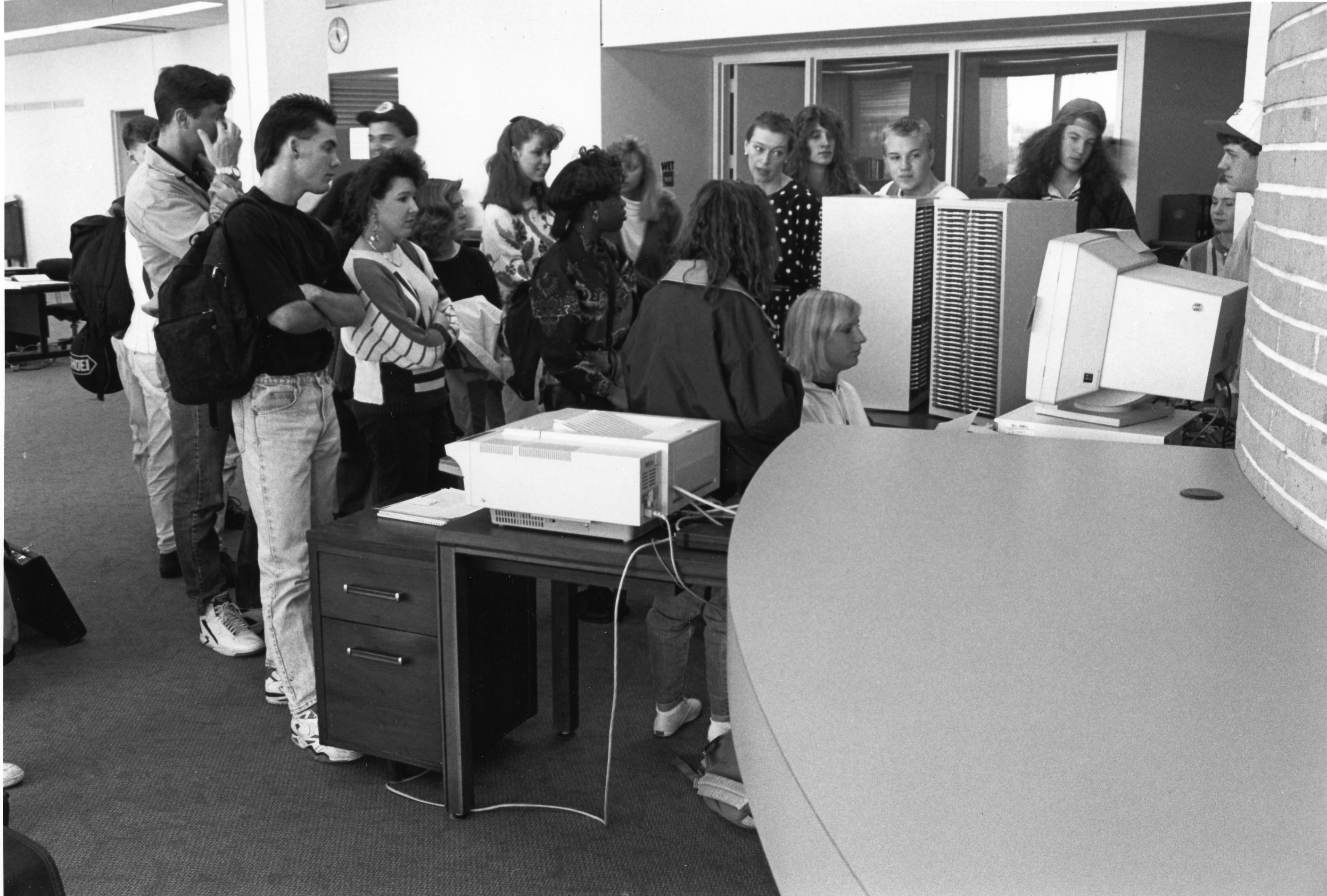 Students are shown gathering around one of the first computers, housed in the original Learning Resource Center computer lab on the Central Campus, circa 1995. In November of 1995, Central Piedmont’s website officially went live. Due to government rules prohibiting Central Piedmont from using a “.edu” web address, the College’s original web address was http://www.cpcc.nc.us/home.html until January, 2002. 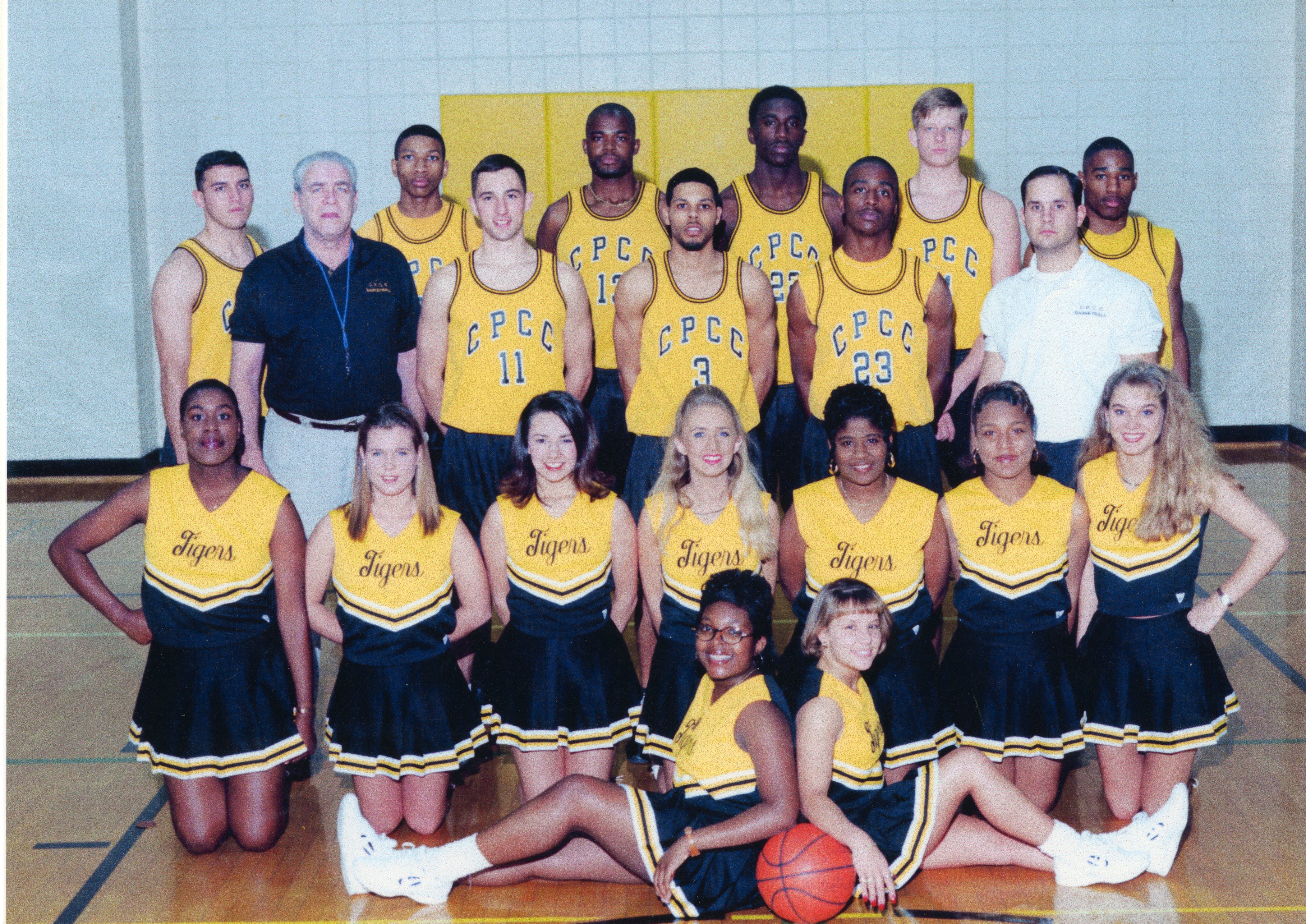