“During Dr. Shaw's tenure, the College trustees authorized the development of comprehensive campuses in other areas of Mecklenburg County to accommodate increasing needs and interests of the burgeoning Charlotte-Mecklenburg community.” (https://www.cpcc.edu/administration/history)

How Did We Help Students Conquer Possibilities?

Within the first few months of tenure, she consolidated the former organization of the College into the following:

Other accomplishments towards Student Success include:

On April 1, 1992, Dr. Shaw announces that she is leaving Central Piedmont to become head of corporate communications for Duke Energy. “During her six-year administration, the College’s enrollment grew, and its budget increased significantly – to $38.5 million.” (CPCC: The First 30 Years, pg. 199). 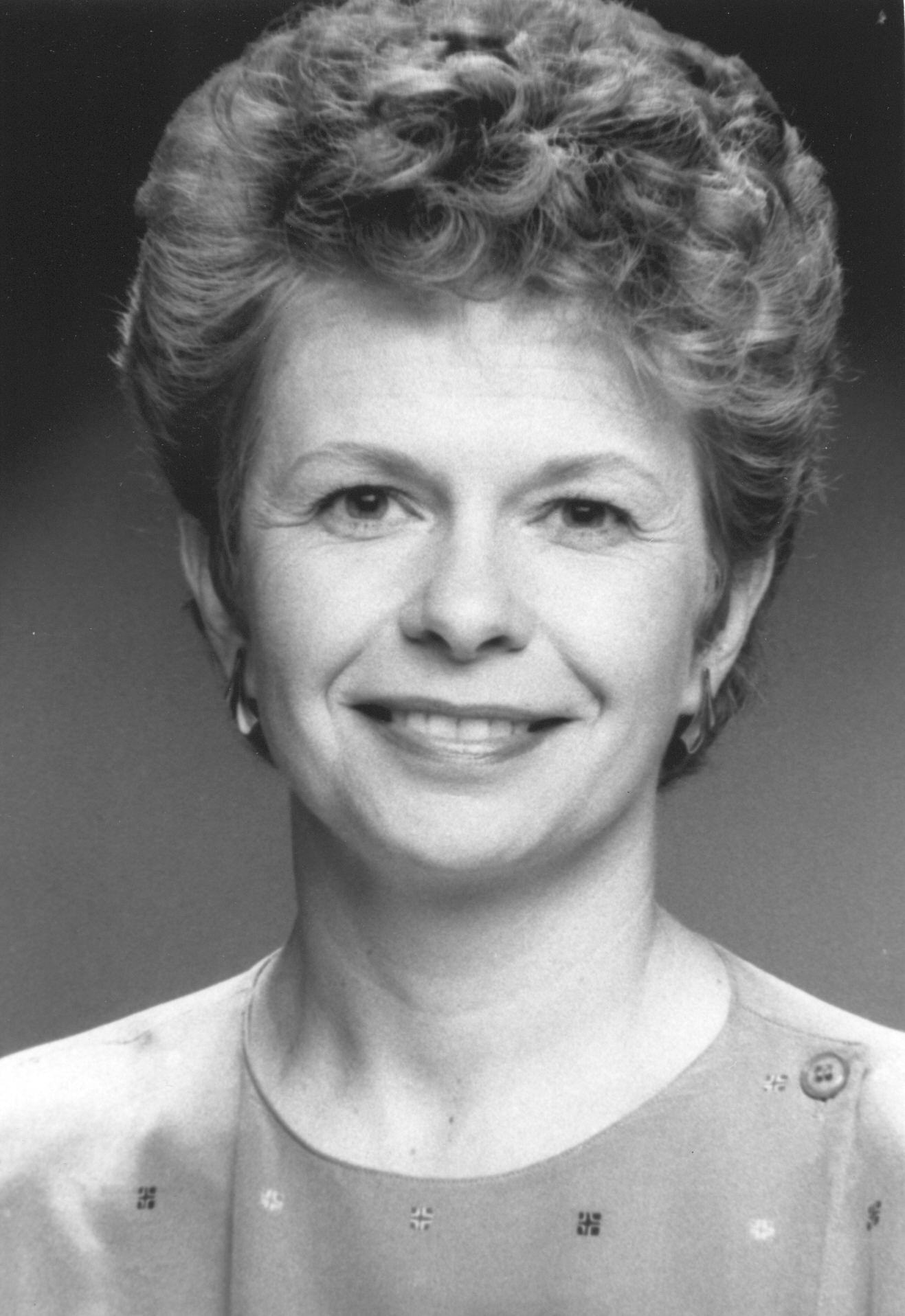 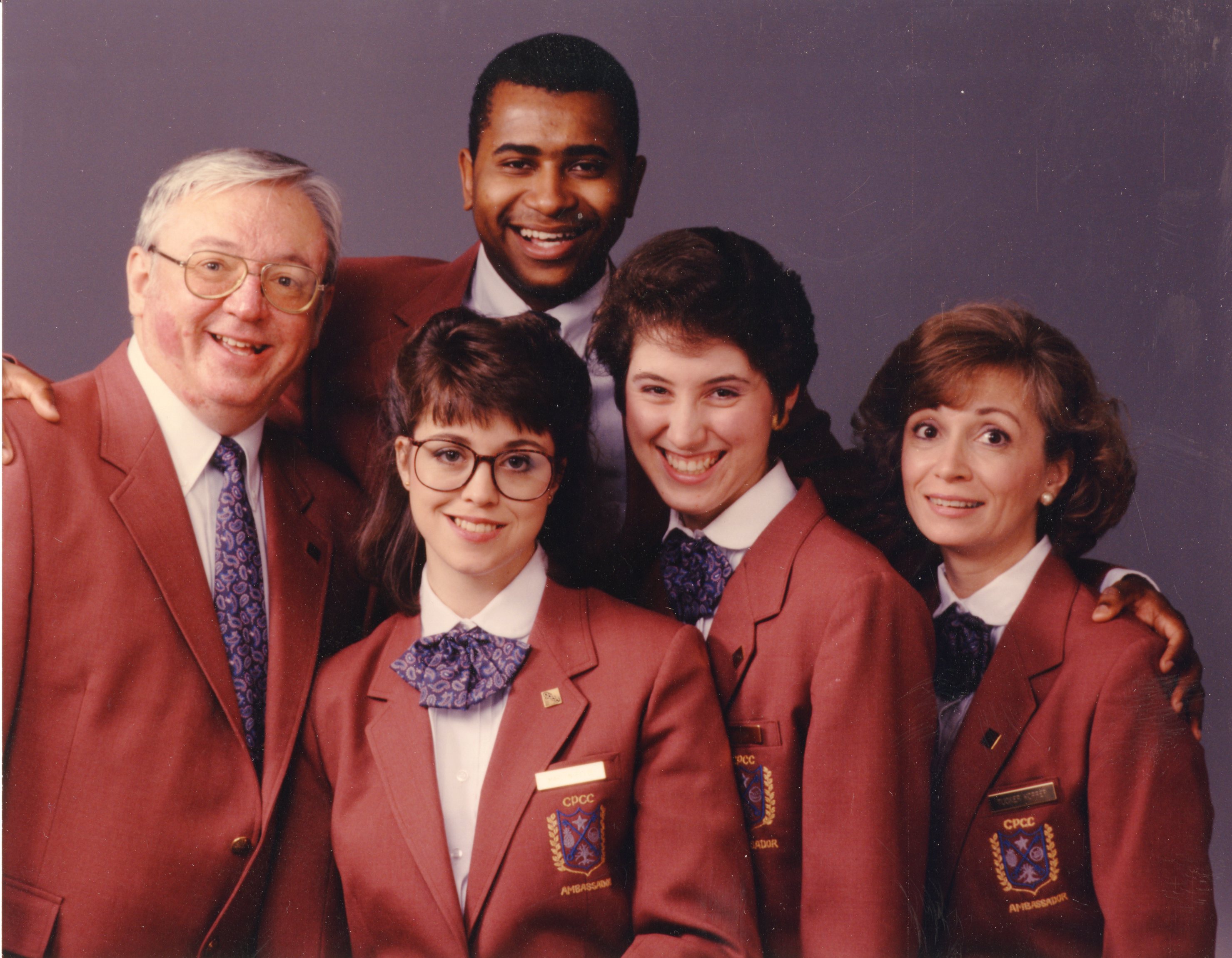 Our Student Ambassador Program has existed since the mid-1980s, and provides unique opportunities for our students to share the story of Central Piedmont. Today, our ambassadors wear a branded polo shirt to indicate that they are an ambassador, but in years past, the uniform looked much different. The first photograph shows Jim Cannon (left) with some student ambassadors in the early 1990s, wearing these sharp red blazers! The second photo shows a student ambassador modeling some newly branded college items on Central campus. 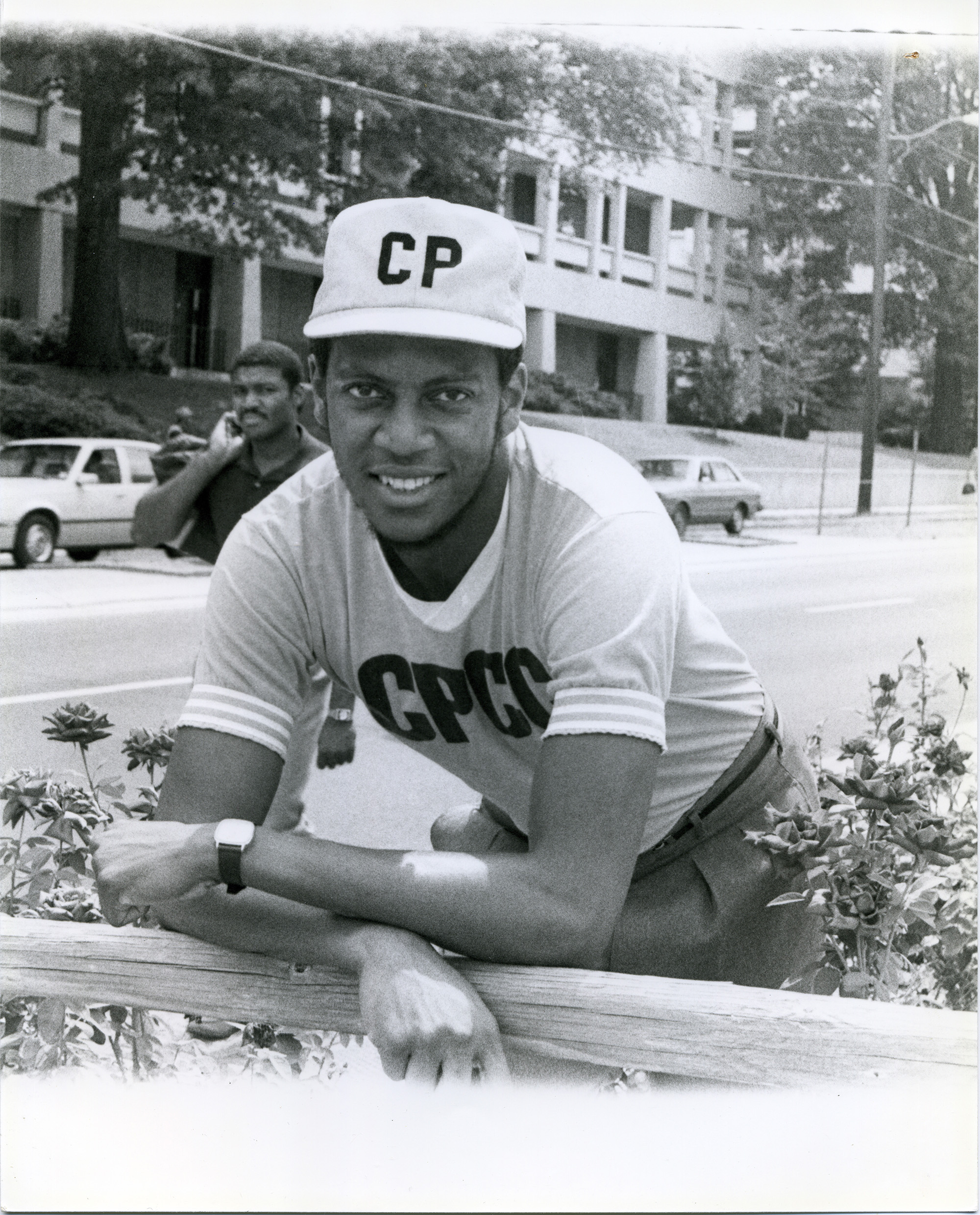 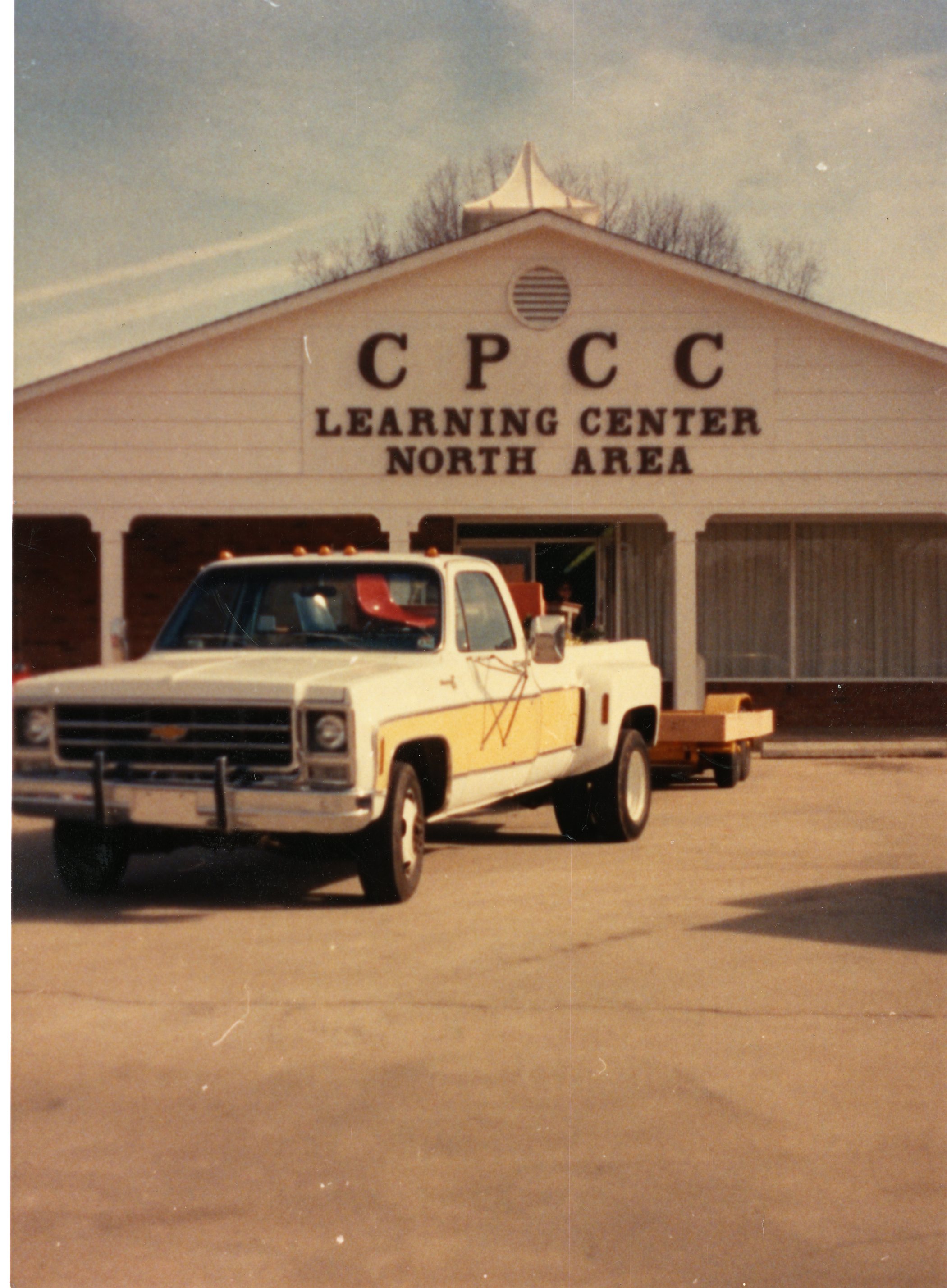 The photograph shows the North Area Learning Center in 1988. This area learning center would eventually evolve into the Merancas campus. More details below.

In September, 1980, the North Area Learning Center was the first of many Central Piedmont learning centers to open and was part of the college’s long range plan under Dr. Hagemeyer. By 1988 (Dr. Shaw), the needs of this location outgrew the space, and the Center was moved to a larger location. Initially known as the North Center, the new building was completed in October 1990. In July 1994, the North Center building was renamed the Claytor Building in honor of Bill Claytor, a long-time member and former chairman of the CPCC Board of Trustees. The entire property was renamed North Campus after the completion of the Belk Center for Justice, built in 1996 to house CPCC’s public safety program. The Transport Systems Technology building was added to North Campus in 2006. In 2011, North Campus was renamed the Merancas Campus for longtime donors Casey and Anke Mermans and their family’s Merancas Foundation. Through the generosity of the Mermans, thousands of students have received training at CPCC. The Merancas Campus is currently home to the Transportation and Public Safety Programs. 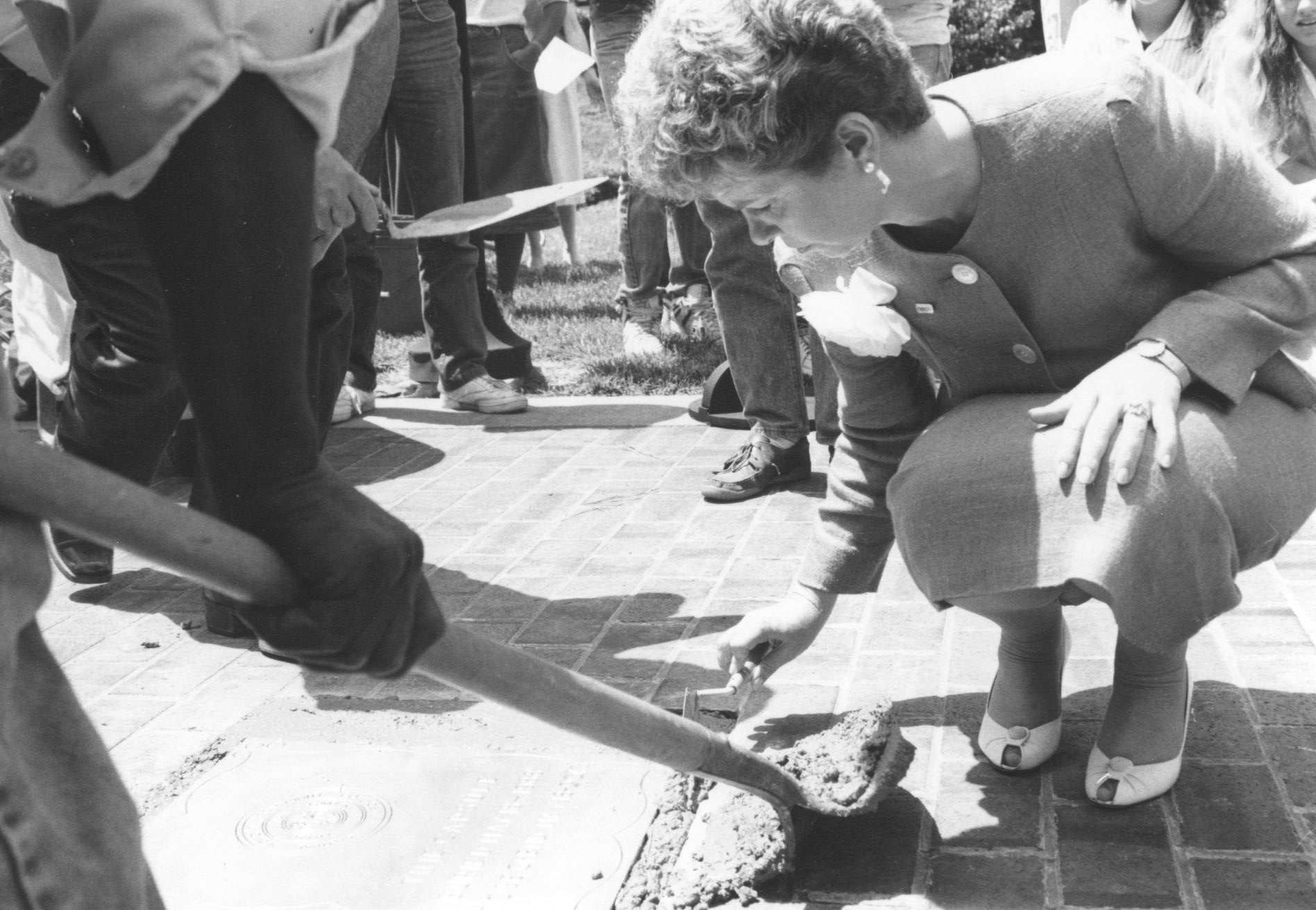 On May 18, 1988, Central Piedmont celebrated its 25th Anniversary. As part of the celebrations, a time capsule was buried in the quad on the Central Campus. Contents of this time capsule included notes from elementary, middle, and high school students; a menu from Jimmie’s restaurant (located where Overcash stands today); photographs; slides; and a letter from Dr. Shaw about the “Future of Central Piedmont.” The time capsule was dug up on May 18, 2015 during the 50th Anniversary celebrations and a new one buried in the Zeiss building upon its construction. 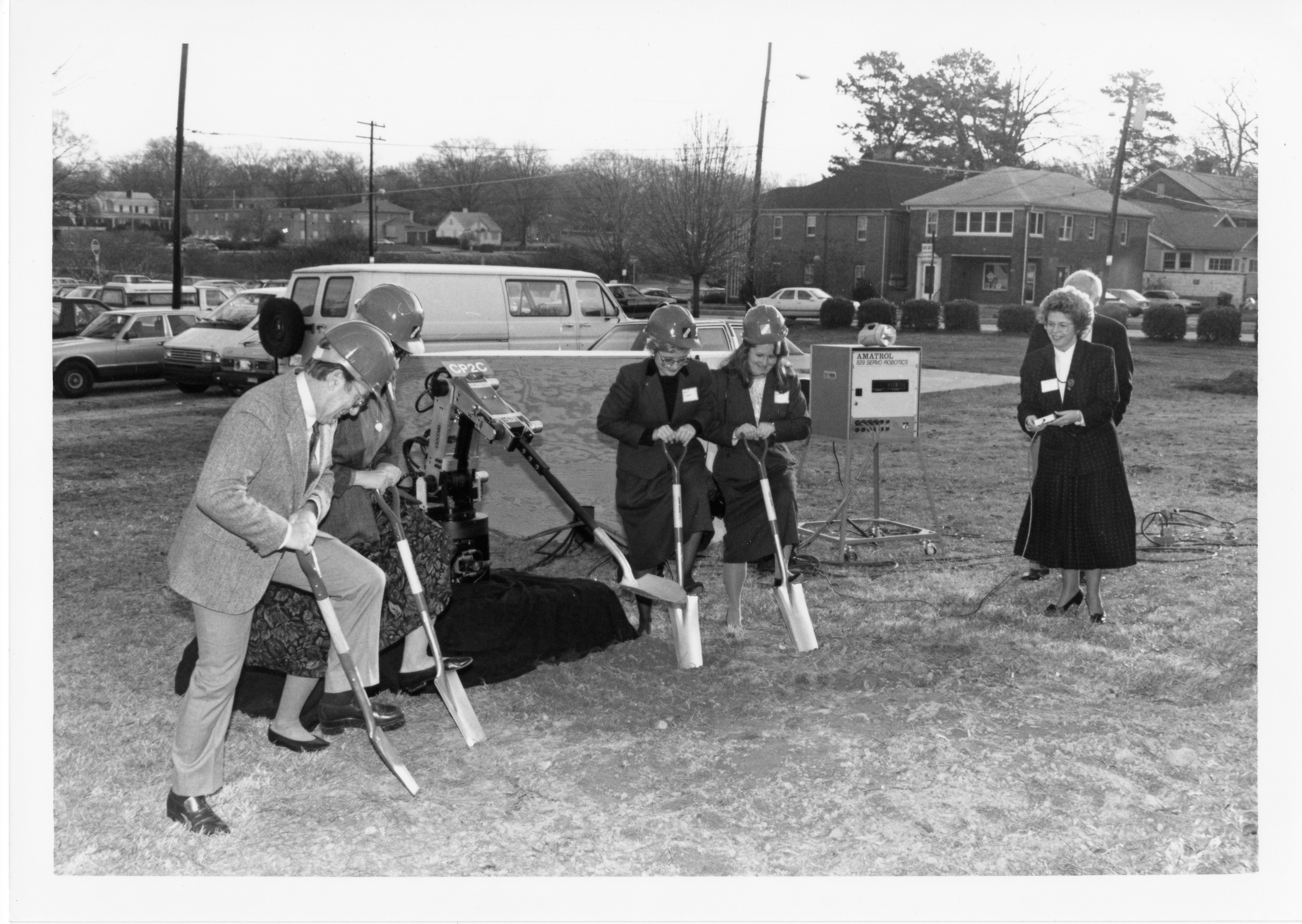 On December 16, 1988, a groundbreaking ceremony was held for the Advanced Technologies Center on the Central Campus. This building is currently known as the Library. To pay homage to the technology and engineering programs that would be held in this building, a robot named CP2C helped break ground. It can be seen 3rd from left. Dr. Shaw is standing at the far right of the image. 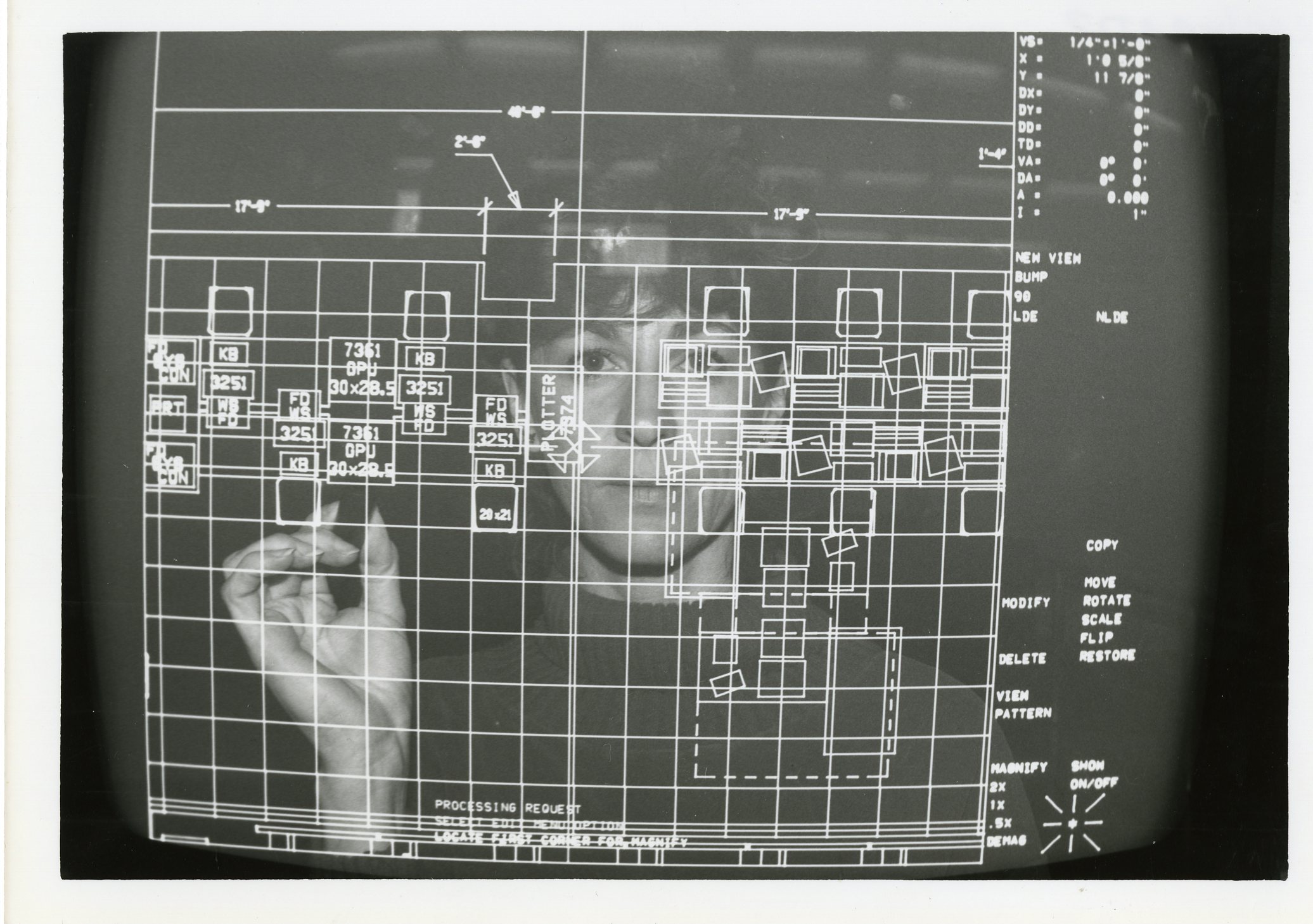 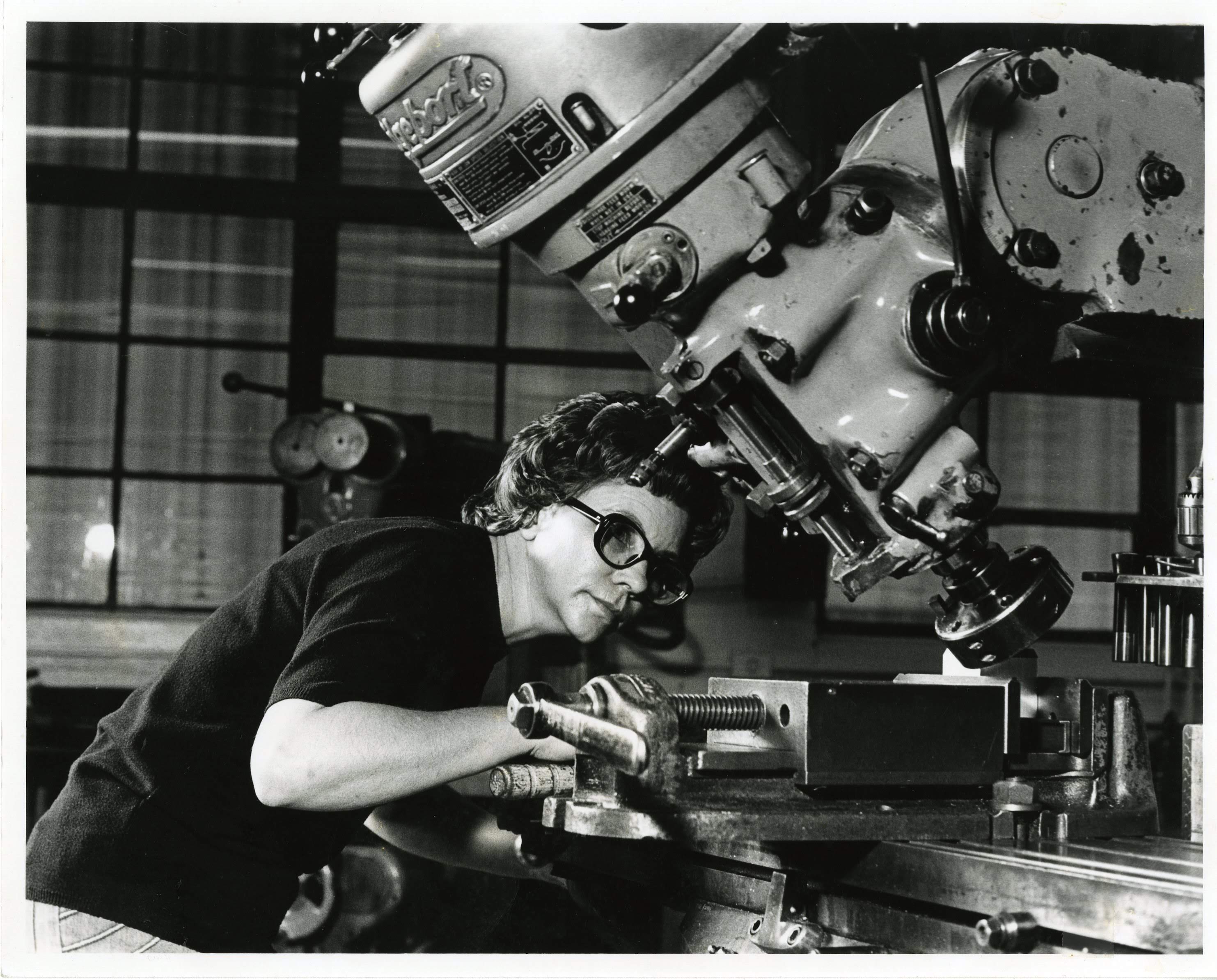 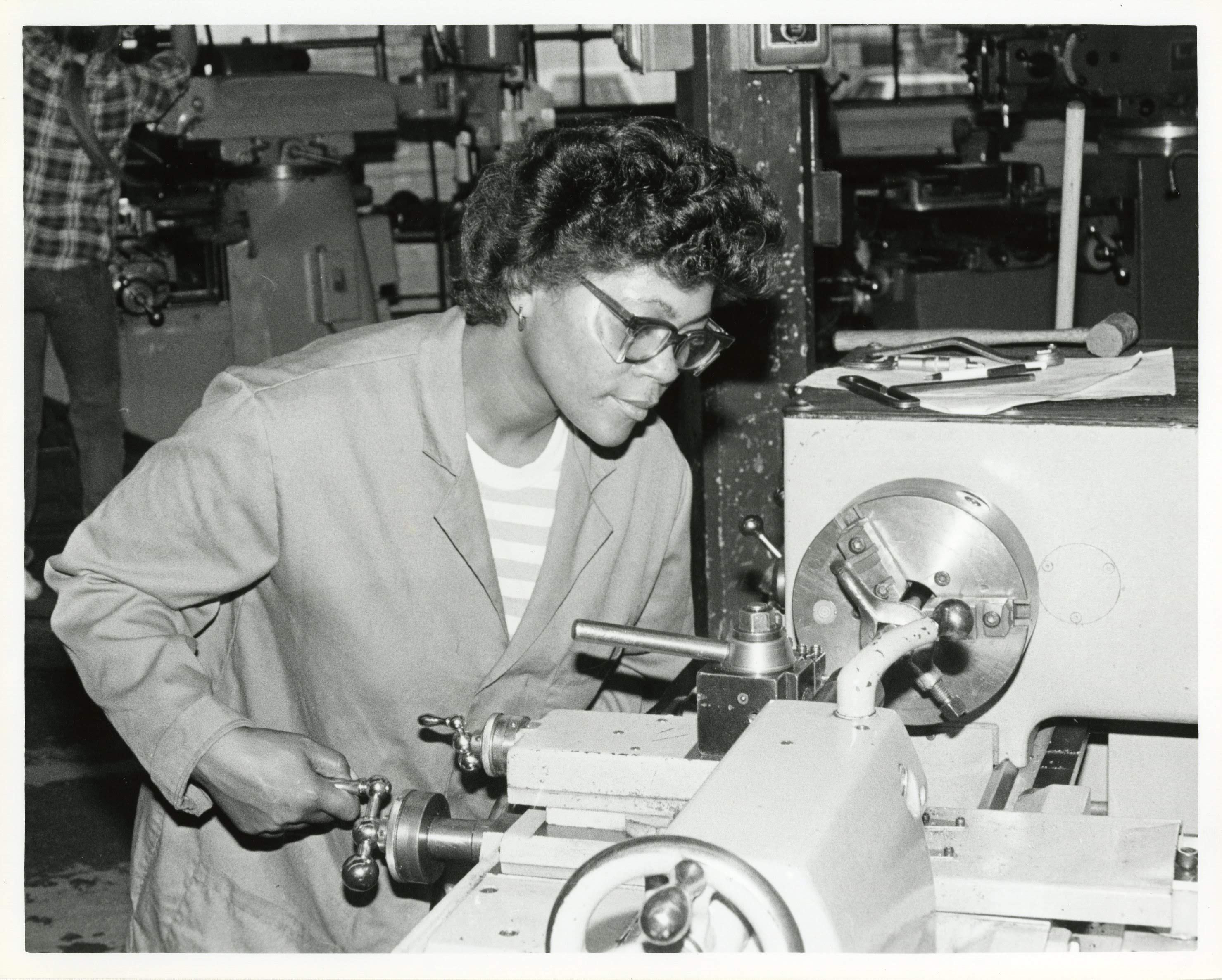