“In 1963 under the leadership of the first president, Dr. Richard Hagemeyer, there were 23 degree and diploma programs; now there are more than 300 degree, diploma, and certificate programs, a college and career readiness program, and corporate and continuing education offerings. In 1963, the College occupied the structures formerly used by Charlotte’s Central High School, Carver (Mecklenburg) College, and the Central Industrial Education Center. The College was fully accredited to award associate degrees, diplomas, and certificates in 1969 by the Southern Association of Colleges and Schools Commission on Colleges."

Many obstacles to overcome upon accepting this new role as president:

Financial – The Board of Trustees was not enacted until September 1963, meaning there was a two-month lapse without board and pressing financial challenges to start. (AR.0018, Book 5, page 76.)

Ethical – how would he define the role of newly merged institution? Would it be a trade school or a Community College?

Throughout out the 1960s and 1970s, his cabinet worked to build relationships with area business leaders, such as Southern Bell, Westinghouse (who opened office in Charlotte because of CP), Ford, and the Chamber of Commerce. By 1967, Central Piedmont was part of the Chamber of Commerce “package” that they presented to business leaders interested in moving to Charlotte.

Noteworthy projects/achievements throughout his tenure: 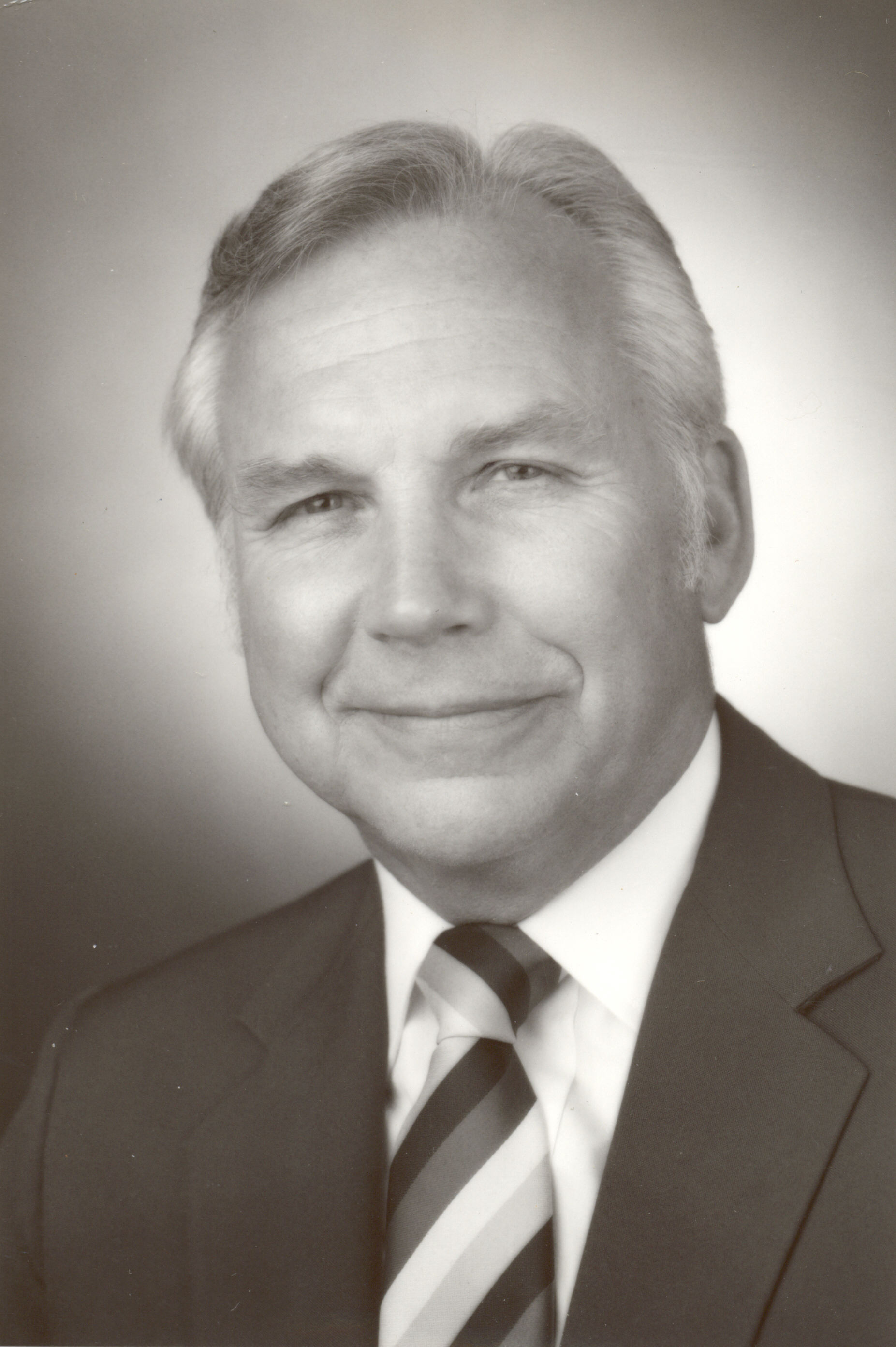 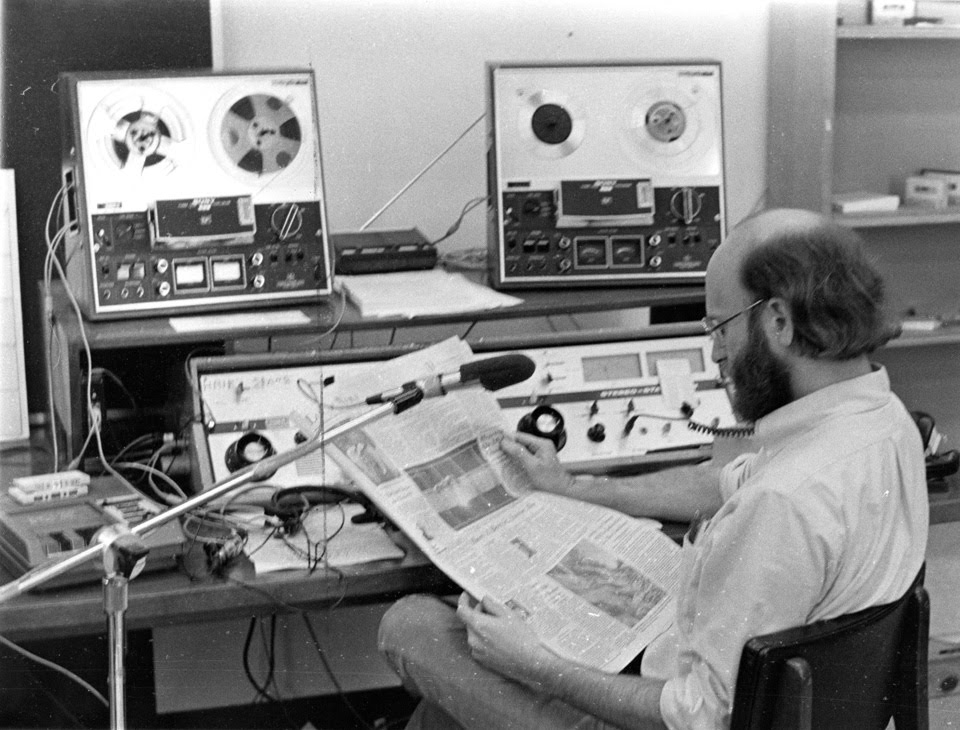 Dr. James Sasser, a CP history instructor stated “People use the radio to learn many things...why not get educated this way?” This photograph shows a faculty member conducting a lesson in the Radio Reading Service for the visually-impared. While this program was a short-lived service, programming was offered from 7am-6pm daily, with more than two dozen volunteers reading to more than 600 listeners each week. This educational technology would inspire Blackboard and other virtual educational tools of modern times. Other tools used for alternative educational delivery systems during this time included telephone, newspaper, and television. 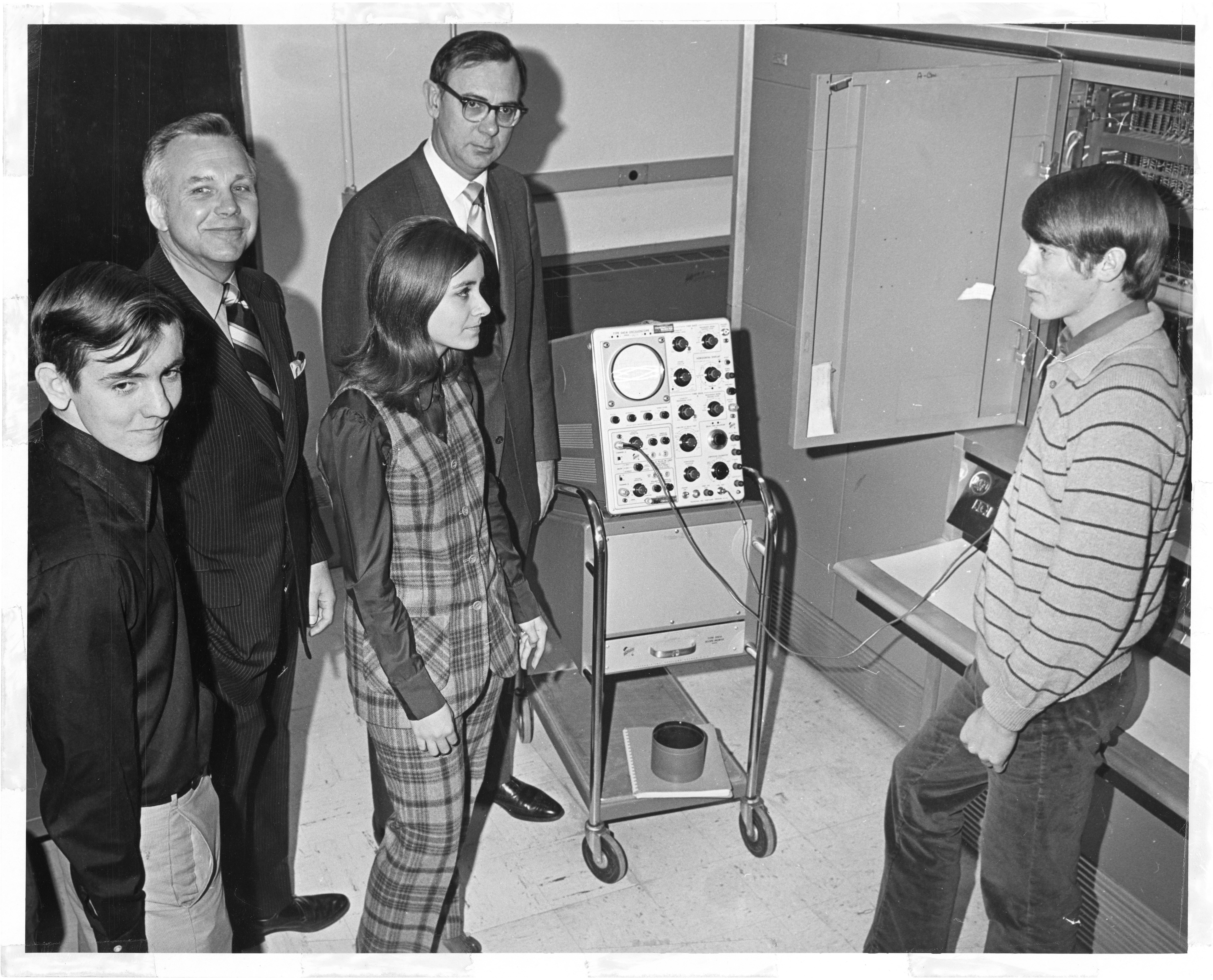 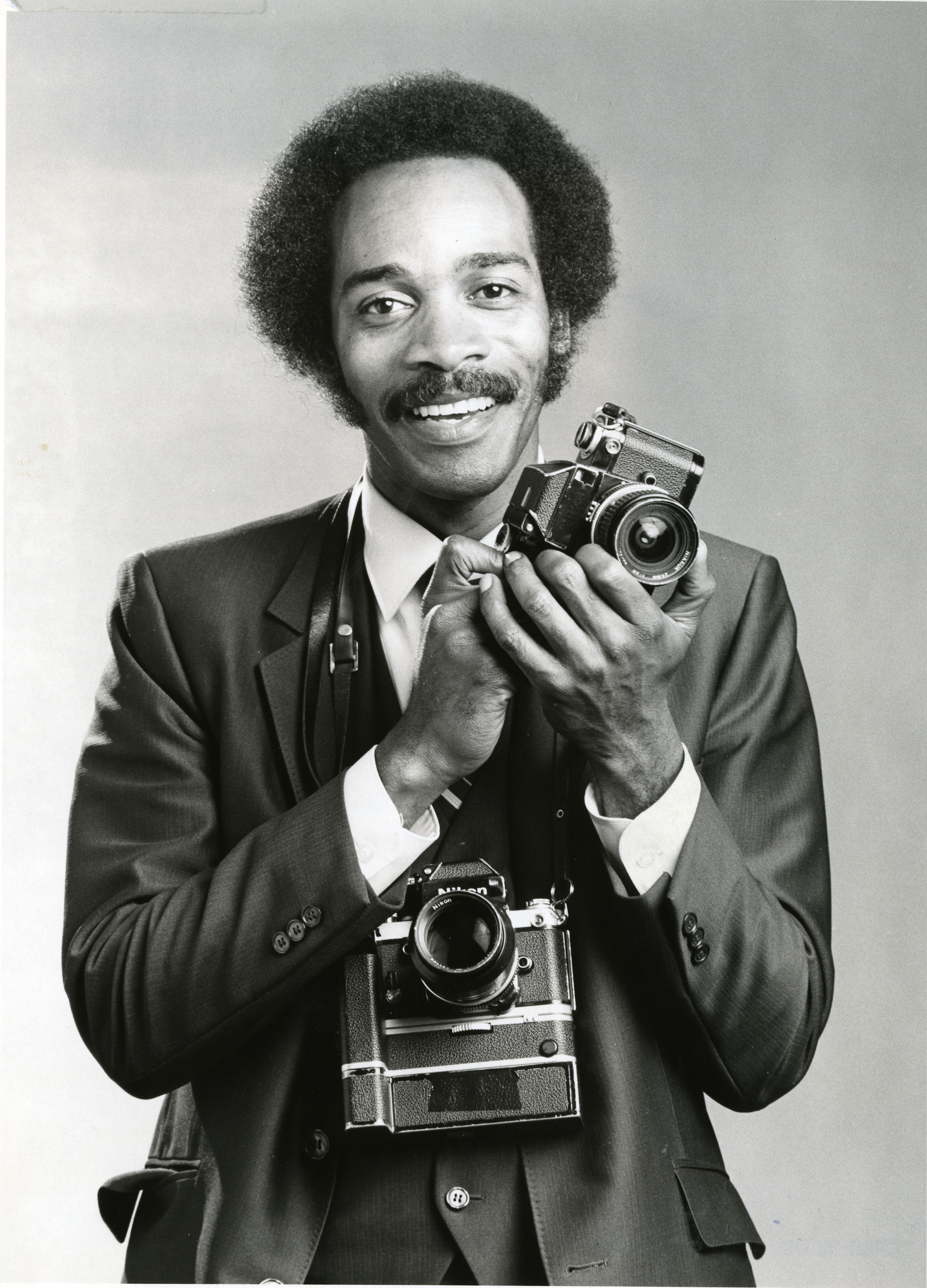 One of Central Piedmont’s most famous alumni is photographer John White. He graduated from Central Piedmont in 1965 as an art major, focusing on photography. Throughout his career, John White went on to receive numerous awards, including the Pulitzer Prize in 1982 for his work as a photographer at the Chicago Sun-Times, which documented the life of African-American communities in Chicago. John White was the first community college graduate in history to win a Pulitzer Prize.

To celebrate this momentous achievement, Central Piedmont invited John White back to the campus in 1982, where he was honored with the Richard Hagemeyer Educational Advancement Award. As a result of John White’s impact upon Central Piedmont, the John White Photo Purchase Award was created to honor him. Mary Kicklin was the first student to win this award of $200. This award is still given today to Central Piedmont students in amounts up to $300. The work is then added into the College’s Permanent Art Collection and displayed throughout all campuses. 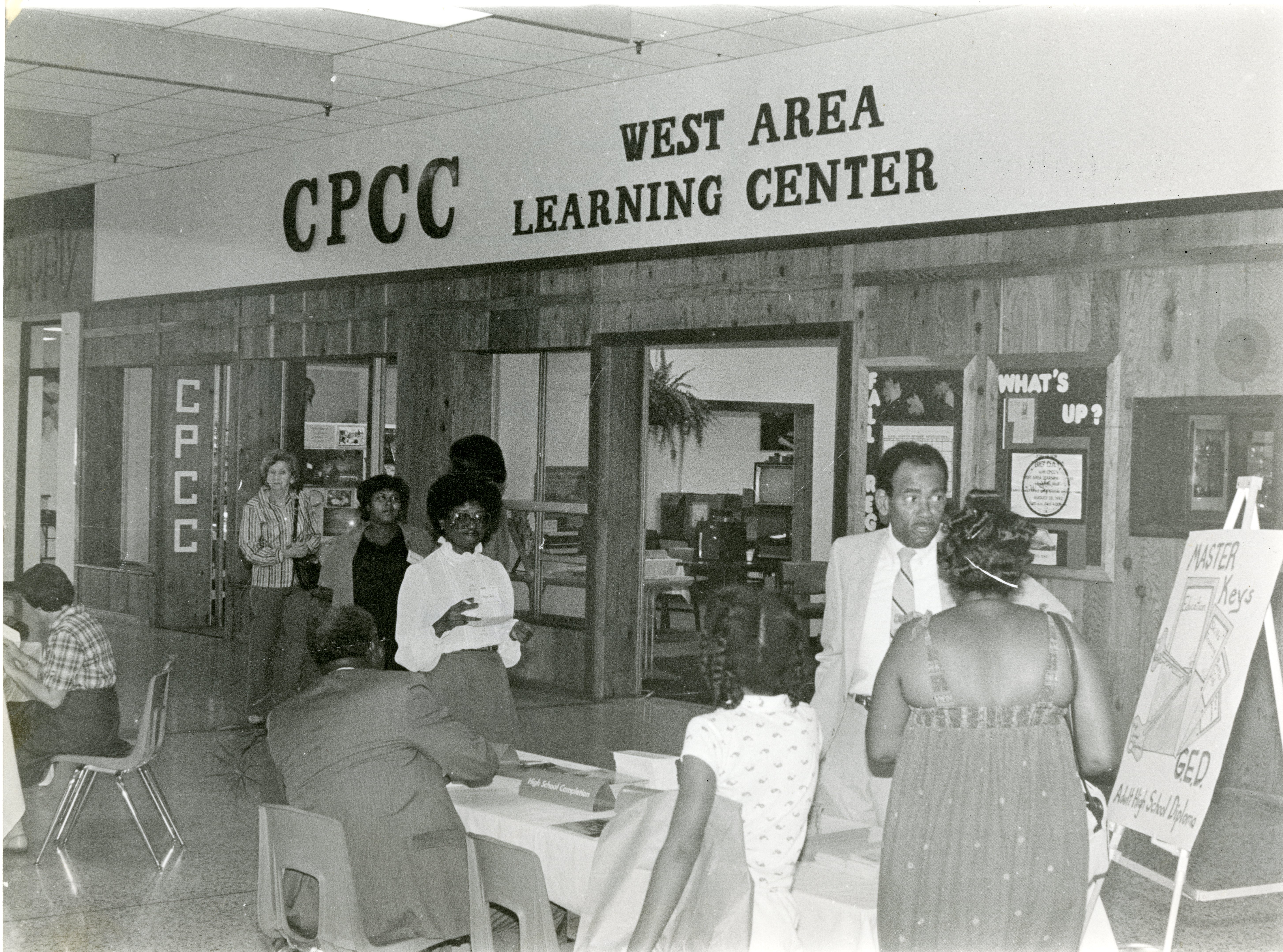 By May 1979, the College’s long range plan was 3 years under way. As part of the long range plan,  Off-campus learning centers would open throughout Charlotte during a 10-year span. The West Area Learning Center was located in the Freedom Mall Shopping Center in West Charlotte, called College Mart (West Area Learning Center). The purpose of these learning centers was to make citizens aware of CP classes that do not require attendance on a rigid schedule.  These Learning Centers enabled students to take self-paced courses via video or audio tape/slide programs, as opposed to other courses offered in person. These Learning Centers would go on to inspire the multi-campus model, implemented during the Shaw and Zeiss years. 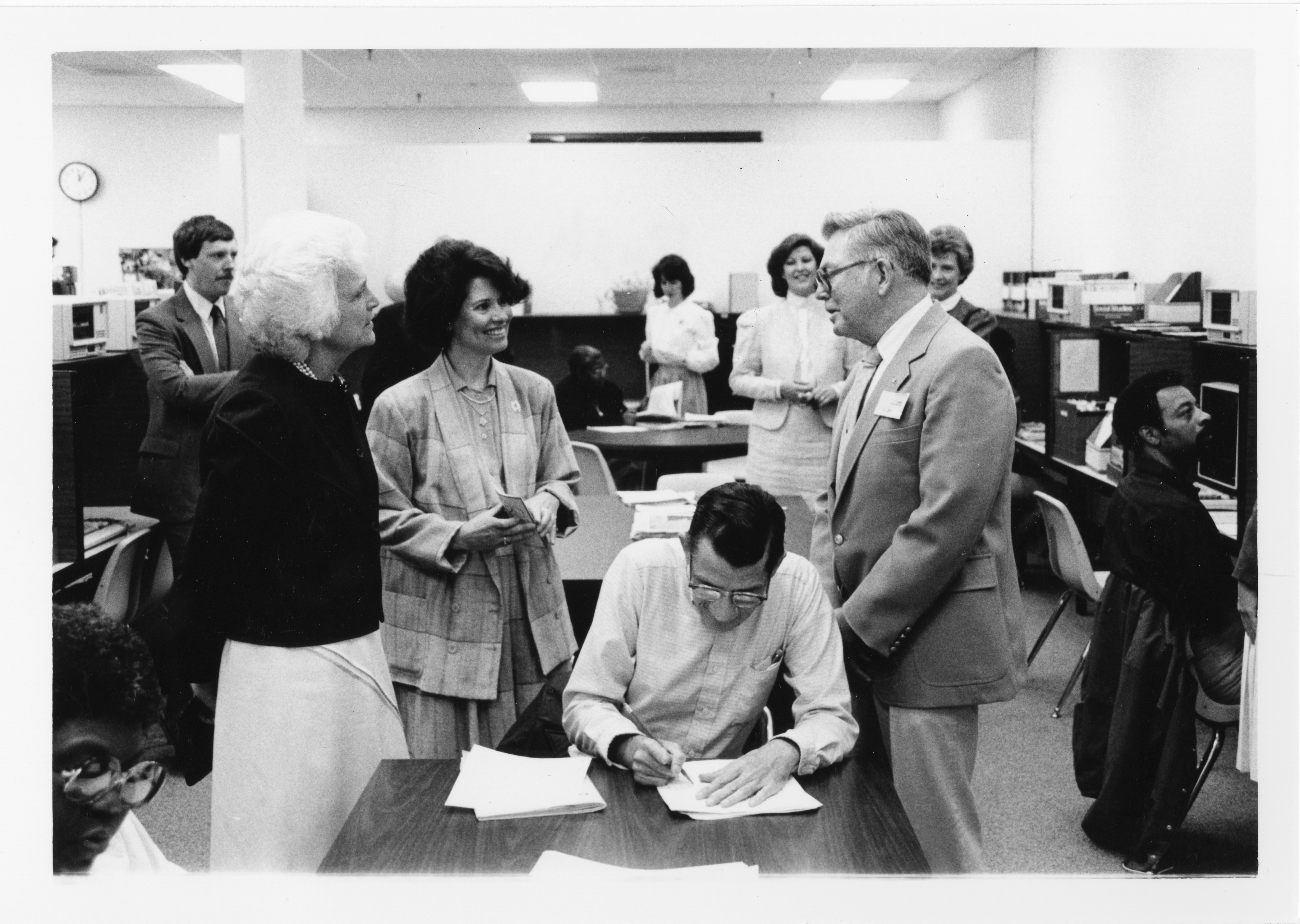 This photograph depicts First Lady Barbara Bush (left) during a visit to the Central Piedmont ABLE program on March 21, 1985. Being a life-long advocate of adult education, Mrs. Bush visited our campus on a few occasions to honor volunteers and participants of the program. She was so impressed with the ABLE program that she promoted it as a national model for all educational institutions to follow. ABLE (Adult Basic Literacy Education) was a program created by Central Piedmont as a way to combat adult illiteracy in the Charlotte area. This program was so successful, that nearly 70 volunteers showed up on opening day. The ABLE program would go on to inspire the Adult High School and Continuing Education service programs. 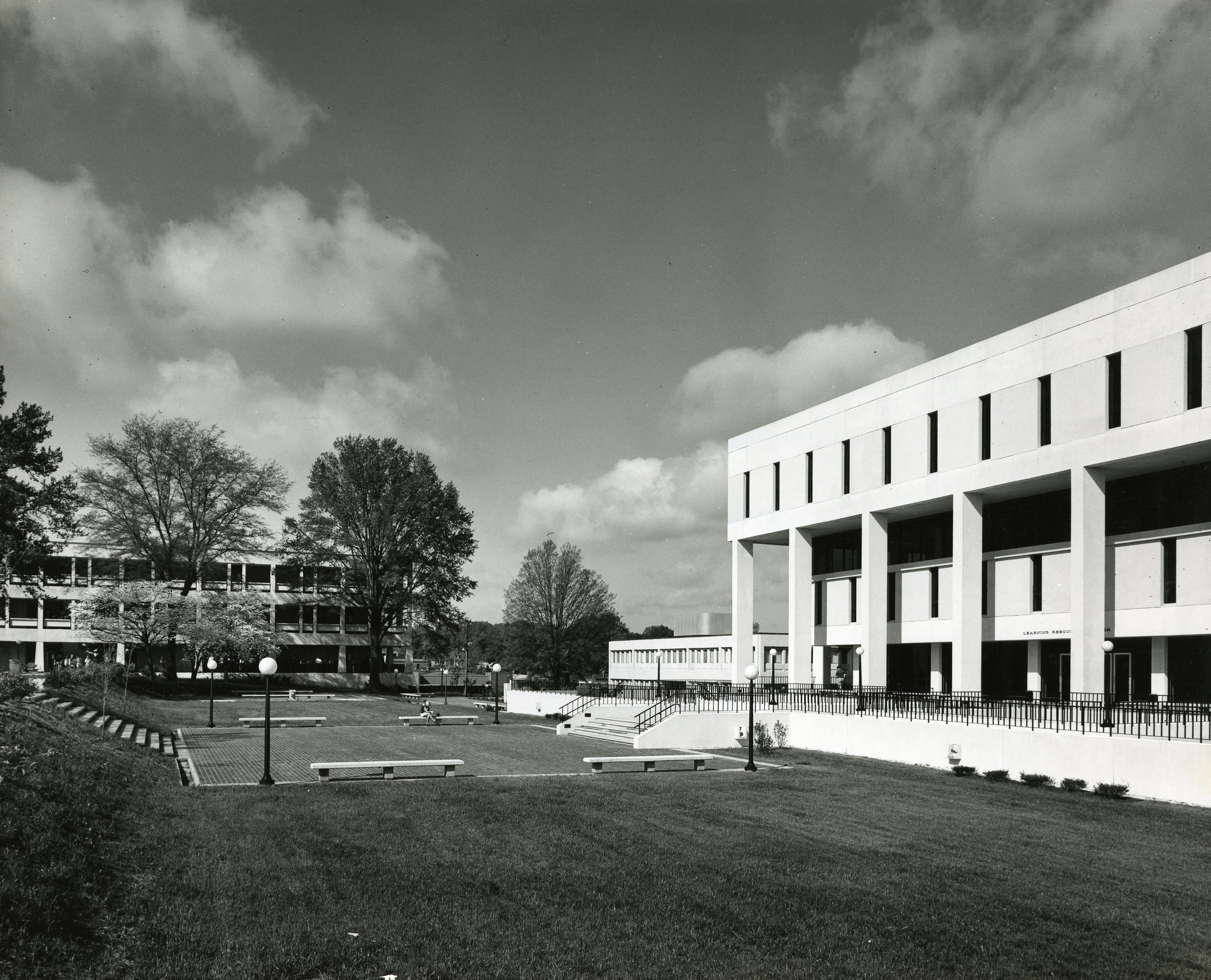 View of the Central Campus as seen in 1969. The former Learning Resources Center is shown on the right, where the new Library and Student Success Center is currently being constructed. To the left behind the trees, is the former Van Every building, known then as Mecklenburg Hall. The Zeiss building stands in place of Van Every. The building behind the LRC is the former Terrell Building; the third floor of Terrell was not added until the mid-1970s. 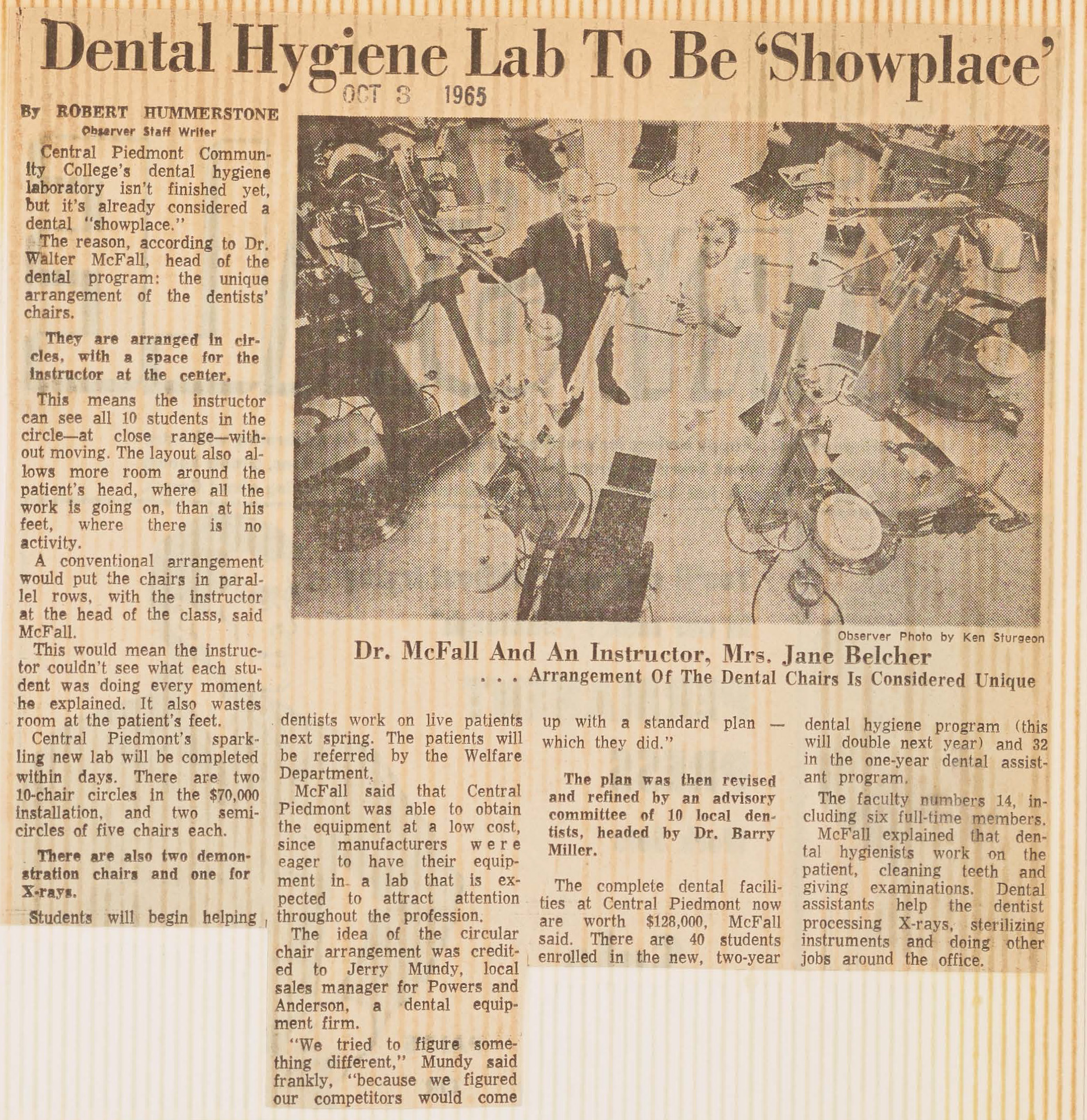 News clipping about the advanced circular design of the new Dental Hygiene Lab, which allowed the instructor to have a 360 view of students and patients. The original dental hygiene lab, along with courses, were located in the Central High Building. The former high school gym served as the location for the dental lab. October, 1965 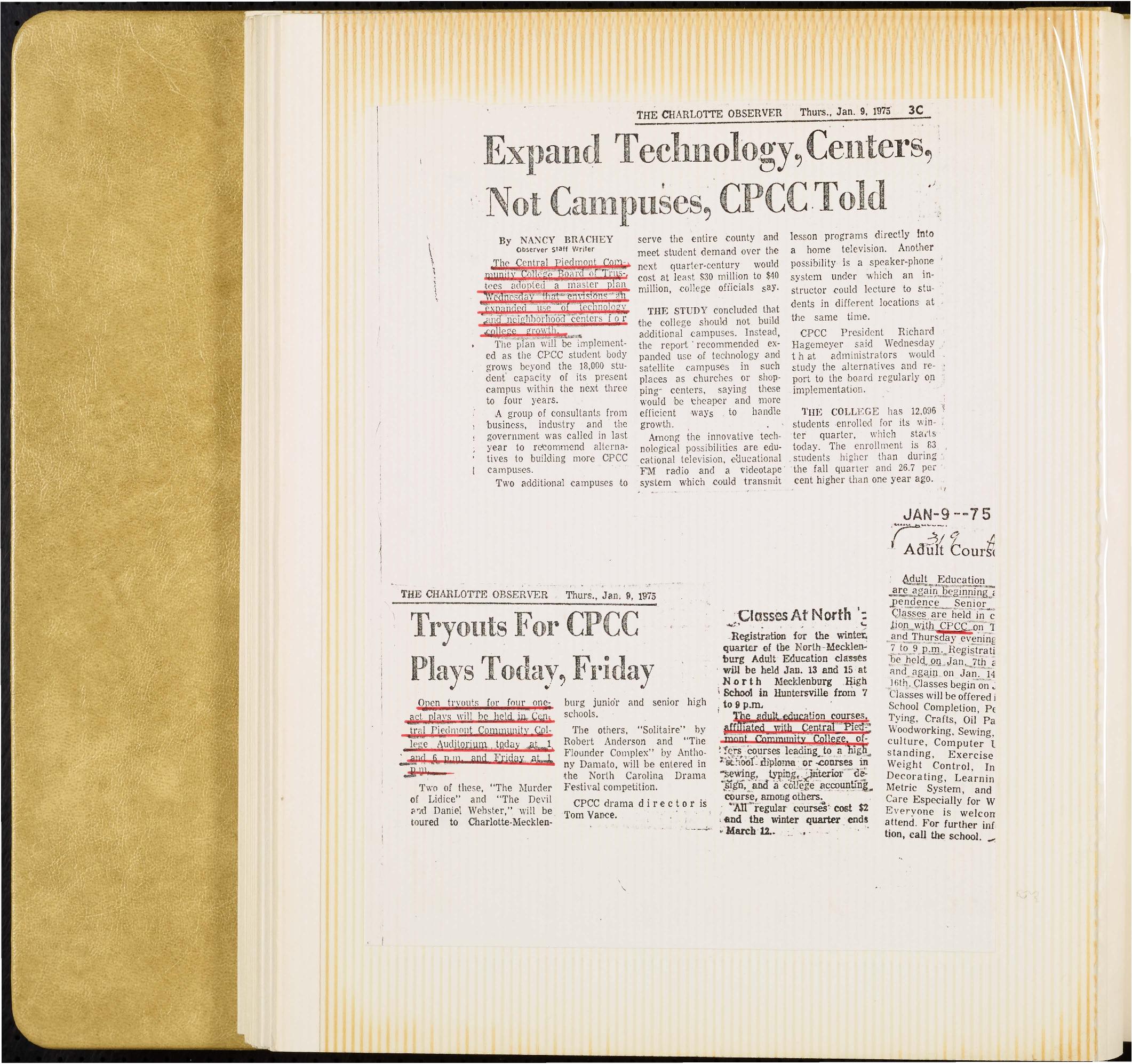 News clipping from college history scrapbooks explaining the approval of the master plan which outlined the expanded growth and use of technology and educational centers to better serve students and county residents. It is with these technologies that the ABLE and DOLLY programs were created, which provided access to lessons/resources through television, telephone, and radio. These programs are the precursors for Blackboard and college programming through WTVI.