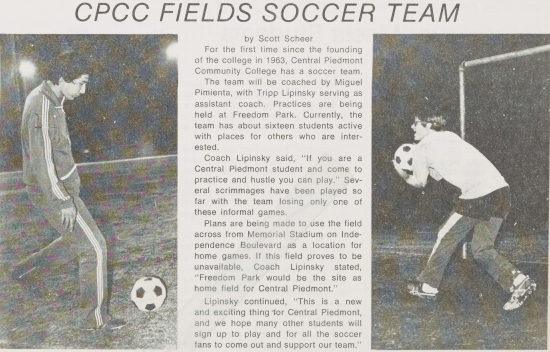 Being the second most popular athletic club on campus, the soccer club was founded in 1977 and lead by head coach, Miguel “Mike” Pimienta and assistant coach Tripp Lipinsky. By 1980, the CPCC “Golden Stars” gained a large following and included CPCC students from all over the world. The team was so popular that they even had their own cheerleading squad, The Golden Star Cheerleaders! The soccer club was a member of the Charlotte Amateur Soccer league and lasted for over two decades.