The theme for 2019 is “Visionary Women: Champions of Peace & Nonviolence.”  This year we honor women who have led efforts to end war, violence, and injustice and pioneered the use of nonviolence to change society. These Honorees embraced the fact that the means determine the ends and so developed nonviolent methods to ensure just and peaceful results.

For generations, women have resolved conflicts in their homes, schools, and communities. They have rejected violence as counterproductive and stressed the need to restore respect, establish justice, and reduce the causes of conflict as the surest way to peace. From legal defense and public education to direct action and civil disobedience, women have expanded the American tradition of using inclusive, democratic and active means to reduce violence, achieve peace, and promote the common good.

From women’s rights and racial justice to disarmament and gun control, the drive for nonviolent change has been championed by visionary women. These women consciously built supportive, nonviolent alternatives and loving communities as well as advocating change. They have given voice to the unrepresented and hope to victims of violence and those who dream of a peaceful world. 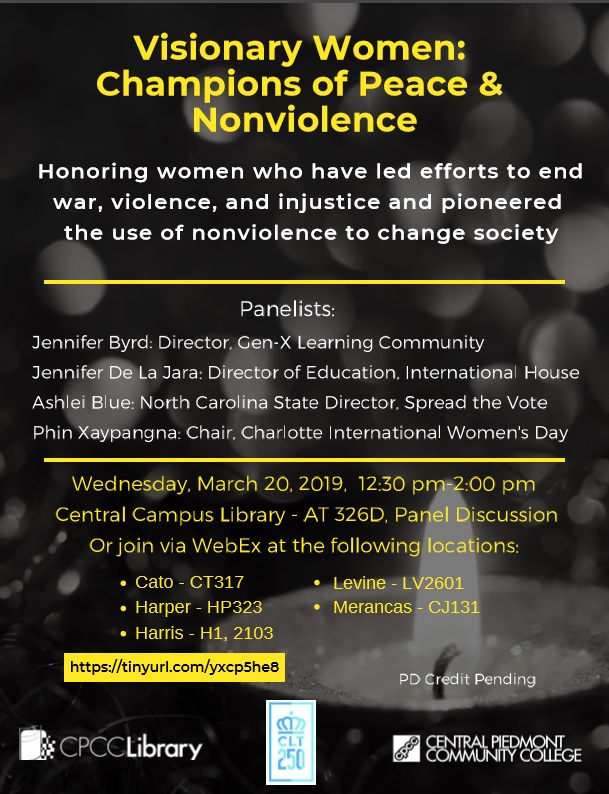 Kathy Kelly is a peace activist, pacifist, and author, one of the founding members of Voices in the Wilderness, and currently a co-coordinator of Voices for Creative Nonviolence. As part of peace team work in several countries, she has traveled to Iraq twenty-six times, notably remaining in combat zones during the early days of both US–Iraq wars. Kelly’s recent work has focused on Afghanistan and Gaza and protesting US drone policy.

At the age of twenty-three, Salbi founded Women for Women International, a grassroots humanitarian and development organization dedicated to serving women survivors of wars by offering support, tools, and access to life-changing skills to move from crisis and poverty to stability and economic self-sufficiency. Salbi is the author of several books including Freedom is an Inside Job and she is host of the #Me Too, Now What series on PBS.

Graciela Sanchez is a dedicated neighborhood activist and cultural worker. She is co-founded and director of the Esperanza Peace and Justice Center (San Antonio TX). The Esperanza is a community-based arts and cultural organization, committed to serving marginalized communities. Sanchez has worked throughout her lifetime to eliminate racism, sexism, homophobia, and class elitism. Her activism facilitates conversations on issues of colonization, cultural genocide, violence, and intersectionality.

Deborah D. Tucker has dedicated over 40 years to ending violence. She founded and led several organizations while working with many to advocate for improvements to laws, polices, and practices at the local, state, national, and international levels. Most notably, she helped write and pass the Violence Against Women Act of 1994 and co-chaired the Defense Task Force on Domestic Violence. Tucker is currently President of the Board of Directors of the National Center on Domestic and Sexual Violence.

Dr. E. Faye Williams, Esq. has made her biggest mark as an activist for peace and human rights, having traveled and worked on issues around the world. In her book, The Peace Terrorists, she details a 40-day peace mission she undertook with 200 women from around the world for the purpose of working to prevent the first Gulf War. As an active civil and human rights leader, she continues to fearlessly protest injustice and brutal world-wide occupations. She is currently the National Chair of the National Congress of Black Women.

Sister Alice Zachman has dedicated her life to ending war and violence, from advocating an end to the Vietnam War to supporting the United Farm Workers. She founded the Guatemala Human Rights Commission USA in 1982 and served as director for 20 years, fearlessly supporting Guatemalan survivors of torture and abuse, as well as working to end U.S. military assistance to Guatemala. Zachmann is a member of the School Sisters of Notre Dame Central Pacific Province.

Elise Boulding, a Quaker sociologist and author, was a major contributor to the development of the field of Peace and Conflict Studies. Among her core theories of peace were the theory of peace as an everyday practice (rather than a dull static state), that strong families cultivate a peace culture, that women as mothers have a great influence in setting the foundation for peace, that all children could be co-creators of a peaceful future, and that building a global civic culture is a first step to ending world conflicts.

Sarah Brady became active in the gun control movement in the 1980s after her husband was permanently disabled in the failed assassination attempt on President Reagan. She was the most visible gun control activist of her time and was instrumental in the passage of the Brady Handgun Violence Prevention Act, more commonly known as the Brady Bill, in 1993. In 2000 Handgun Control Inc was renamed the Brady Campaign to Prevent Gun Violence and Sarah Brady was appointed chairwoman, where she served until her death in 2015.

Dorothy Cotton was the only woman in Dr. Martin Luther King Jr’s inner circle and one of the most influential women in the civil rights movement. She developed the Citizen Education Program, teaching disenfranchised people the importance of political participation and methods of nonviolent protest.  She fearlessly faced off with Klu Klux Klansman who frequently violently disrupted civil rights demonstrations. Her book If Your Back’s Not Bent: the Role of the Citizen Education Program in the Civil Rights Movement was published in 2012.

Peace Pilgrim was a non-denominational spiritual leader, pacifist, and vegetarian activist. In 1953 she started a cross country personal pilgrimage for peace. She stopped counting miles in 1962 when she marked 25,000 miles and was on her seventh cross country march when she died in 1981.

Mary Burnett Talbert was a founder of both the Niagara Movement in 1905 and its successor the National Association for the Advancement of Colored People (NAACP) in 1910. It was through the NAACP that Mary Talbert became a leader in the anti-lynching movement. Talbert and the Anti-Lynching Crusaders publicized the horrors of lynching and provided a focus for campaign fundraising. 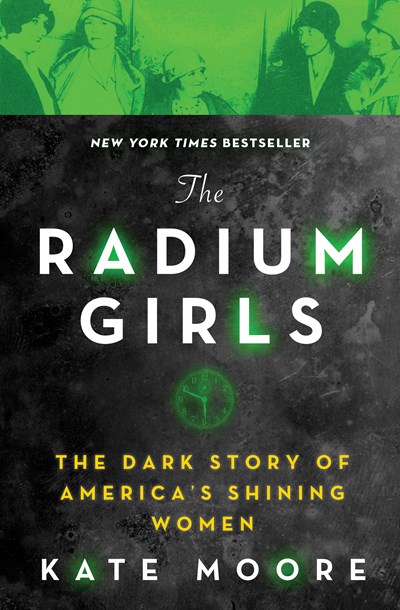 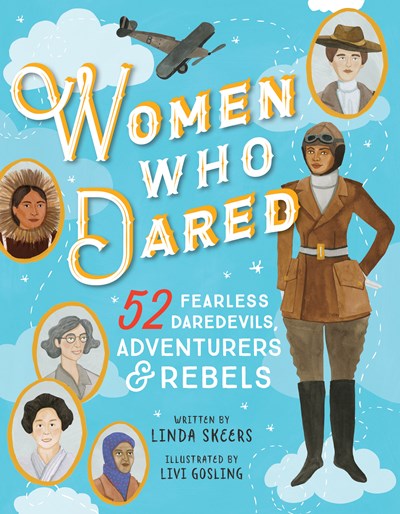 Click on either the title or the DVD cover to view movie clip and summary of the movie/DVD.

To learn more about the movies above--click on this link  http://www.imdb.com/ and visit IMDb. 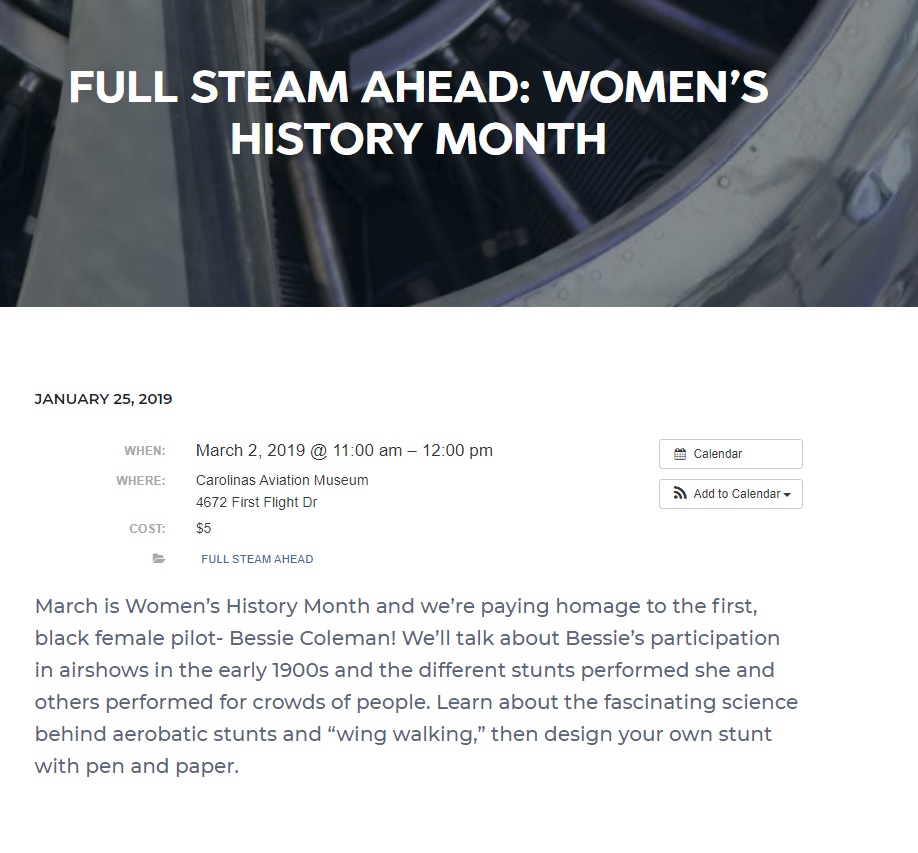 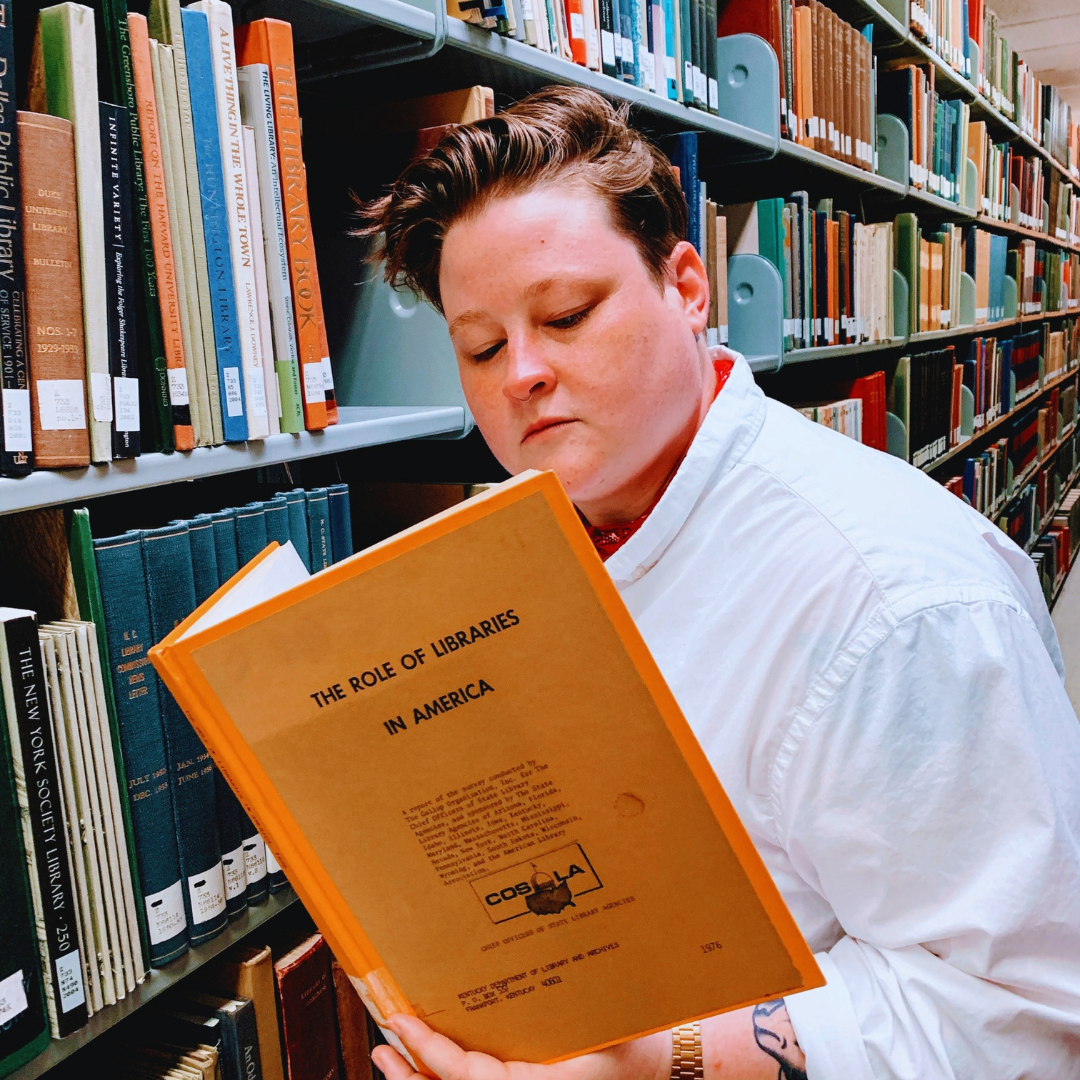